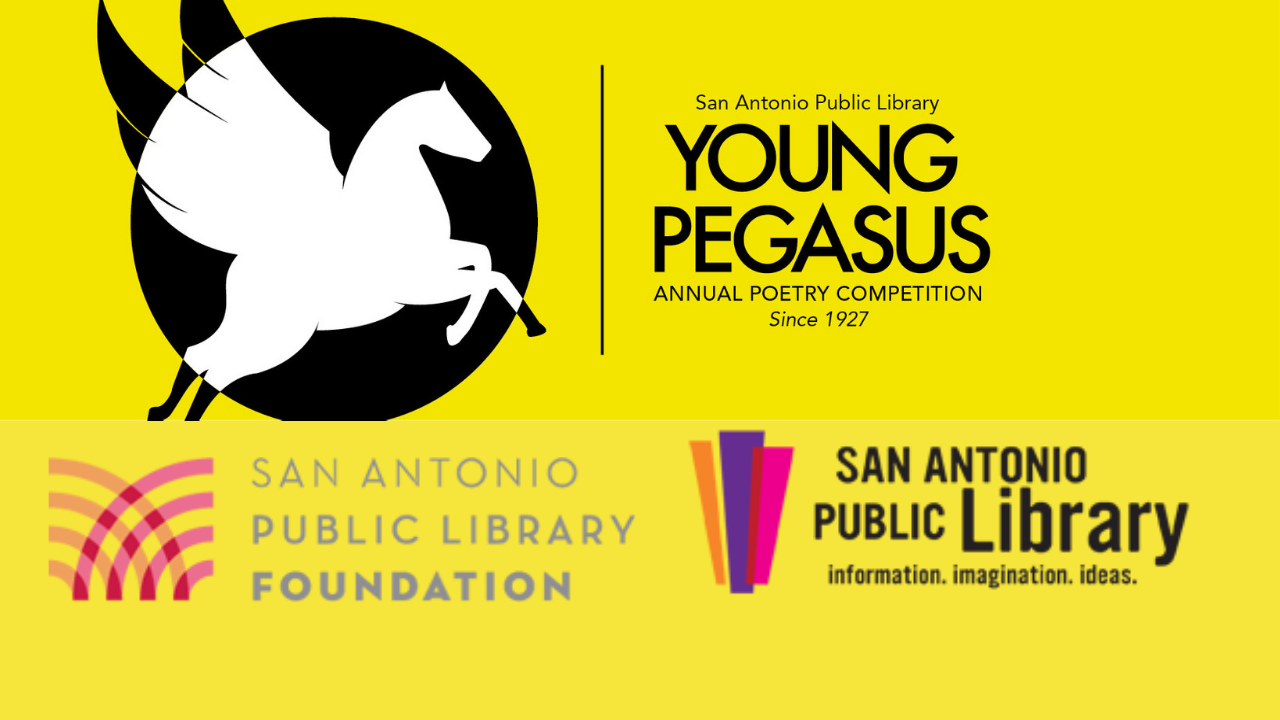 Replay video from the 2019 Young Pegasus Award Ceremony on May 5, 2019, where more than 50 young people read their poems that have been selected for publication in the San Antonio Public Library's Young Pegasus Anthology.

The ceremony will take place at the Guadalupe Theatre, 1301 Guadalupe Street, San Antonio. Thanks to generous support from the San Antonio Library Foundation, anyone can watch for free, right on this page, live or replay later.

For more than 90 years, the San Antonio Public Library has celebrated the talents of the city’s young writers with the Young Pegasus Poetry Competition.

Authors 18 and under are invited to submit their poems, which are then reviewed by a panel of independent judges.

Poems found worthy of publication are printed in the annual Young Pegasus Anthology. The selected poems are read aloud during the spring award ceremony, where the poets receive an award certificate and a copy of the year's anthology in which their work appears.