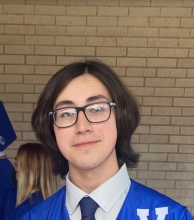 Levi Garcia is a current freshman, majoring in Criminology & Criminal Justice at the University of Texas at San Antonio. Levi joined NowCastSA the fall semester of 2022 to gain experience and knowledge of news media and the San Antonio community, including its issues. In his past time, Levi plays the bass guitar and acoustic guitar, music is his hobby. Levi is an intern at NowCastSA because he knows the experience and unity it provides will be greatly beneficial for his future. 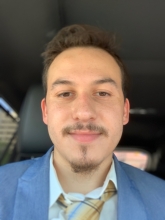 Robert Gonzales is a senior at the University of Texas at San Antonio. He received his Associates of Arts at San Antonio College in 2020. Though, Robert has since changed his major to Communication.

Robert is a man of many interests. Growing up, he loved movies and even considered pursuing film at a time. While his attention has turned to other creative pursuits, Robert still is passionate about filmmaking. If given the opportunity, he would like to make a documentary series someday.

Now, to Robert, there is nothing more delightful than cracking open a new book. Writing has remained the one constant throughout his life, however. He hopes to establish himself as a working poet here, in Texas. As a matter of fact, Robert is currently editing his debut poetry collection.

Robert would like to think of himself as an empathetic person. He tries to lead a life guided by love and compassion. Whatever it is he ends up doing, Robert wants to use his talents to… (full bio) 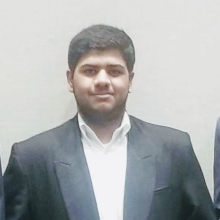 Muhammad Ali is an intern studying cybersecurity at the university of at San Antonio at Texas. He was born in Austin, Texas in the year 2003. Ali is a quiet person with many pursuits in life. He is an avid book reader, and enjoys his spare time fishing at his local pond. Ali is an intern at NowCastSA because he knows the experience and organization will help he accomplish his goals set in life. 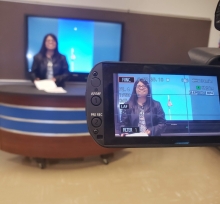 Nina is a junior pursuing her degree in communication with a concentration in Public Relations. Nina hopes to work all over the world wherever her work may take her.

Yasmin Gonzalez is a junior at the University of San Antonio studying Political Science and Criminal Justice.

Yasmin likes to spend her free time watching tv-shows, reading and playing tennis. Her favorite weather is cloudy weather and she likes to travel at least once a year. She plans to travel to Mexico this year if there is no BTS World Tour Announcement.

Yasmin also likes to write and help people who need it, her goal is to become a lawyer and graduate from law school. 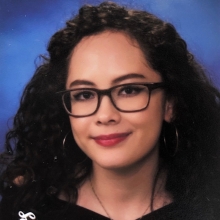 Sofia Briones is a Communication major at the University of Texas at San Antonio. She received her Associates of Arts at Northwest Vista College in 2020. She is currently in her Junior year at UTSA and hopes to obtain her Masters in the future.

She joined the NowCastSA team through UTSA's Rowdy Corps Program. She chose this program to help her build connections with the people in her community and to promote cultural awareness and literacy. She has experience in Social Media Marketing and is currently focusing on Social Media at NowCastSA.

She hopes that through this internship she will make connections with people in her community and develop skills to help her in her professional life. Sofia is on her way to achieving all her goals and is hopeful of what the future has to offer her.

Her LinkedIn profile is here 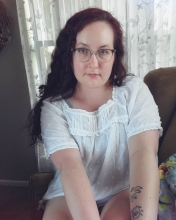 With one A.A. of Art, Rachael Graham returned to Northwest Vista College to obtain an A.A.S. for Digital Video and Cinema Production. Through the Alamo Colleges work study program, Rachael has had various opportunities to intern at wonderful creative places while gaining experience and direction in what she'd like to use her degree for. At her core she is a story-teller with a passion for bringing about new ideas; moving forward she would love to be a part of creating stories that resonate and enlighten the world.

We are shaped by the stories we were told growing up. A story can make you feel included or an outcast, accepted or rejected, self-love or self-loathing. In a world of the unknown, we search for the familiar, we need stories to make our way through life. I would like to help create new stories about how we interact with the world as lovers, friends and allies.

With NOWcastSA, Rachael would like to help provide stories, resources and… (full bio)