A historic project is underway across the country, and in San Antonio, as veterans of the Student National Nonviolent Coordinating Committee (SNCC) meet to organize projects and programs that seek to educate the nation. The project in San Antonio will attempt to reach out to young activists in the Black Lives Matter Movement in the form of two events; a poetry reading and a workshop designed to train people on what to do when stopped by the police.

In the 1960s, the Student Nonviolent Coordinating Committee traveled to the Jim Crow South to register African Americans to vote. It was extremely dangerous work to do such a thing. Today, people across the country are attempting to reform police departments that employ centuries-old abusive practices. These activists are taking to the streets as blacks are being killed in disproportionate numbers in encounters with the police. These young people face the same criticisms from white supremacists as did the SNCC veterans in the 1960s. They even face the same type of criticisms from ignorant black folk in much the same way as Dr. Martin Luther King Jr. and SNCC suffered from conservative blacks that did not want to support the freedom struggle.

According to the SNCC Legacy Project Website, “The SNCC Legacy Project (SLP) was begun to preserve and extend SNCC's legacy. Although SNCC the organization no longer exists, we believe that its legacy continues and needs to be brought forward in ways that continue the struggle for freedom, justice and liberty. To that end, the SLP is taking a multi-level approach: archiving SNCC documents both digitally and where possible, physically in a manner that protects them and makes them easily available for use; encouraging and assisting in the development of books and other media by SNCC veterans with the idea of having the stories and interpretation of SNCC's work told by its veterans; developing with colleges and universities a program of SNCC visiting professors and scholars who would in formal and informal ways interact with young people on campuses and take advantage of campus resources to begin telling the story as it should be told; and finally anchored by the Algebra Project and Young Peoples Project pursue one of the still great unfulfilled needs of the Freedom Movement: Quality Public Education as a Constitutional Right. Built into our efforts is the determination to see that our legacy, the legacy of freedom struggle, is passed from our generation to future generations. A Luta Continua!” (Portuguese, as spoken in the former African colonies meaning, “The Struggle Continues”).

As stated above, the project in San Antonio will reach out to young social activists in the Black Lives Matter Movement in the form of two historic events. SNCC in San Antonio fought the segregationist policies of the city and the county in various demonstrations that ranged from a large demonstration in downtown San Antonio to the takeover of a school that was practicing racist discrimination. San Antonio SNCC started the first Free Breakfast Program in San Antonio, at Antioch Baptist Church, which was later adopted by the SAISD (San Antonio School District).

SNCC in San Antonio was complimented by the Langston Hughes Afro-American Theater, which was a group of poets and activists that used the medium of theater productions and poetry to bring home the message of liberation for blacks. The SNCC office and the Langston Hughes Afro-American Theater was located at the corner of Iowa and Pine in an old black theater building that unfortunately was torn down some years back.

The first event is poetry reading, with an open microphone for poets, around the theme of Black Lives Matter scheduled for November 18. Please try to attend this event on November 18, beginning at 8 p.m., at the Little Carver located at 226 N. Hackberry Street. It will be in part a celebration of SNCC and the veterans of the Civil Rights Movement and Langston Hughes Afro-American Theater. The poetry will be centered on the issues facing the communities of color.

The second event, the date and location of this event will be announced, is a "Know Your Rights Workshop!" dealing with police encounters in minority communities. The program will feature attorneys and SNCC veterans who have fought police brutality for years. Presenters will include American Civil Liberties Union (ACLU) lawyers and African American Attorneys, as well as Mario Salas, a SNCC civil rights veteran, and Claudius Minor of SNCC. For information on the national efforts for justice go to the Texas Black Power Chronicles, or the SNCC Legacy Project website at http://www.sncclegacyproject.org/

The donation for the event is eight dollars, but five dollars if you bring a copy of the flyer on your phone or a hard copy available on the Mario Marcel Salas Facebook page. 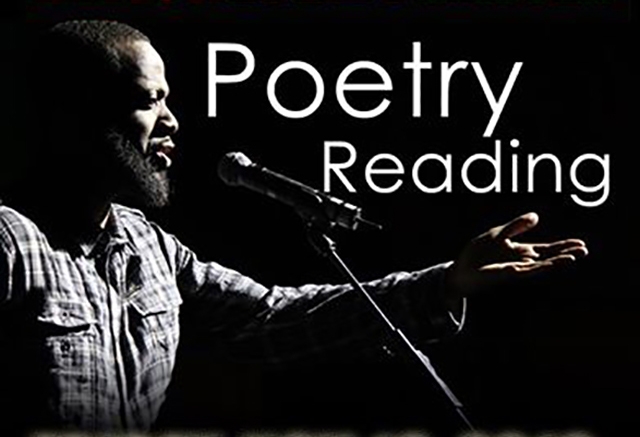