Before he passed away in December 2010, retired newspaper columnist Carlos Guerra spent days, weeks at a time strolling along the beach in Port Aransas, posting on his Facebook page, and engaging in his favorite pastime – sport fishing.

“Until recently, sleeping more than four hours a day was unusual for me,” Guerra wrote to his more than 2,000 Facebook friends on Nov. 16, 2010. “Now, I’m taking long walks on the beach and falling into two- to three-hour mid-day comas, interrupted by great campechanas of fresh shellfish, avocados and chiles.”

Guerra, the San Antonio Express-News veteran and civil rights activist, loved jousting at giants, but he loved the ocean, its life, and the good eats that you can fish from its waters, just as much.

After his death, friends and family knew where he’d be most at peace – with his ashes scattered on the North Jetty at Port Aransas.

And it is at that North Jetty in Port Aransas where friends and family will host a fishing tournament on Saturday, April 30, from 8 a.m. to 3:30 p.m. to honor his memory and to raise funds for his scholarship fund.

“He’ll be there with everybody,” joked Manuel Flores, the chairman for the Texas A&M-Kingsville Communication and Theatre Arts department.

The Texas A&M-Kingsville, Carlos Guerra Communications and Theatre Arts Scholarship Fund will be given to first-generation college students from a 35-county area from San Antonio south to the Rio Grande Valley.

“I’m kicking in as much of my own money as I can afford into it, which isn’t much, and I’m asking for my friends’ help,” Guerra appealed to his friends on June 5. “Today, a kid needs much more than the $89 it cost me to enroll at Texas A&I. If we can put together $50,000, we can establish an endowment that will give at least one scholarship each year FOREVER.”

The university held a scholarship dinner in September, and raised $18,000 since Guerra’s first appeal. The scholarship committee is awarding one $1,000 scholarship and two $500 scholarships to students this fall and announcing the winners during the fishing tournament, Flores said.

The scholarship committee will need to raise $4,000 more in order to be able to endow the fund, Flores said.“The goal is $20,000,” he said. “This fishing tournament will surely get us over that hump.”

According to long-time friend and tournament organizer Larry Lopez, the plans for the fundraiser are simple: “Fish from 8 to 3:30 then chill for a couple of hours then party at 6,” he wrote in an email.

Winners in three categories – biggest trout, biggest red and biggest other – will receive prizes. Everyone will get lunch, drinks, dinner, beer, wine, and a souvenir T-shirt, Lopez added.

A couple months before he passed away, Guerra wrote about his long-anticipated vacation and what would be his last big fishing expeditions.

“The general election is weeks away,” he wrote on Oct. 11.  “I can't wait for early voting to start so I can cast my ballot. And the day after the election, I will start celebrating our big victories with a fishing trip on the coast that will last most of a month. Saltwater fishing buddies, please DM me if you want to join me so we can plan. Redfish and seatrout will, hopefully, be on the menu along with a bunch of oysters and huge shrimp.”

WHO: Carlos Guerra passed away in 2010. He was a renowned columnist for the San Antonio Express-News and a founder of News Taco and a managing partner of En Contacto Communications. He established the Carlos Guerra Scholarship Fund to help students interested in communications pay for their education at Texas A&M University - Kingsville.

WHERE:  The tournament will be held in Carlos' favorite fishing spot: Fisherman’s Wharf located at the North Jetty on St. Joe’s Island at Port Aransas, Texas

WHY: The money raised will help first-generation South Texas students with access and opportunity to higher education. The Carlos Guerra Scholarship Committee can make a difference and honor the legacy of Carlos Guerra by investing in our youth through the inaugural Fishing Tournament.

HOW: To register by phone, call Ilda Ruiz at 361-593-3401 or e-mail kair000@tamuk.edu. You can register online at http://www.facebook.com/carlosguerraday or by  going directly to http://bit.ly/btl743. Registration costs $100 and the deadline is April 20, 2011. Visit http://www.facebook.com/CGuerraScholarship for more information. An additional $12 ferry boat fee is not included with registration. 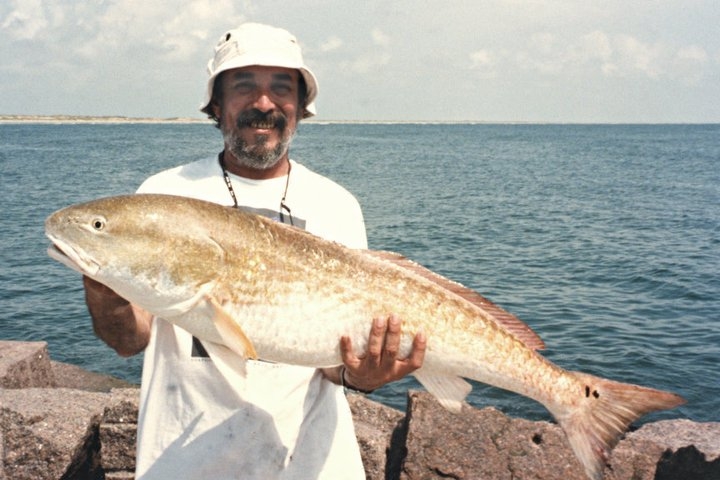