by Giulia Afiune, The Texas Tribune

The American Civil Liberties Union announced Oct. 31 it is suing the Trump administration, seeking the immediate release of an undocumented 10-year-old with cerebral palsy who is currently in federal custody in the BCFS Health and Human Services in San Antonio.

The organization filed a complaint with the U.S. District Court for the Western District of Texas in San Antonio, asking federal immigration authorities to end the detention of Rosa Maria Hernandez, who was placed in an immigration facility last week after undergoing gallbladder surgery.

“It is unconscionable to target a little girl in a children’s hospital,” said Michael Tan, staff attorney with the ACLU Immigrants’ Rights Project, in a news release issued after the filing.

According to the lawsuit, Hernandez, who has lived with her family in Laredo since she was 3 months old, was being driven to a Corpus Christi hospital Oct. 24 for the surgery when Border Patrol agents stopped the car she was in at a checkpoint in Freer. Agents escorted her to the hospital and, after the surgery, told her family she would go through deportation proceedings.

Hernandez was then separated from her family and placed under custody of the federal Office of Refugee Resettlement, which keeps undocumented immigrant minors in custody after they are caught by immigration authorities. She is currently at a shelter in San Antonio, more than 150 miles away from her home.

Over the past month, the ACLU battled the Trump administration in several courts on behalf of a 17-year-old undocumented girl who was seeking an abortion. Weeks after requesting the procedure, Jane Doe, as she was known in court filings, was able to terminate her pregnancy on Oct. 25 after a favorable ruling by the U.S. Court of Appeals for the D.C. Circuit.

Both lawsuits have three defendants in common: Scott Lloyd, head of the Office of Refugee Resettlement; Stephen Wagner, acting assistant secretary at the Administration for Children and Families, which oversees ORR; and Eric Hargan, the acting secretary at the Health and Human Services, the federal agency that includes both offices.

The complaint over Hernandez also targets other officials in those and other federal agencies, including the U.S. Border Patrol and the Department of Homeland Security.

This article originally appeared in The Texas Tribune at https://www.texastribune.org/2017/10/31/aclu-sues-trump-administration-seeking-release-undocumented-girl/. 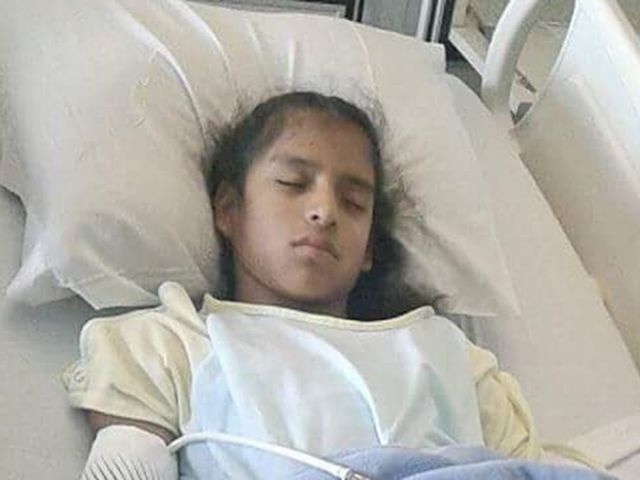