Emily Lastinger was three years old, secure at home with her parents and two older brothers. She was a healthy, happy kid.

One day, though, Emily picked up the flu. Five days later, her heart stopped. And since that date, her father Joe Lastinger has waged a campaign to prevent this same type of tragedy from happening to other families.

Lastinger and his wife were grief stricken. Lastinger also was sure there was more to it. He just knew that the autopsy on his daughter would reveal that she had some other previously unknown condition that caused the flu to kill her. After all, kids get past the flu all of the time.

In those days, going back here to Super Bowl weekend in 2004, the Centers for Disease Control (CDC) recommendations called for children aged six months to two years old to be vaccinated. The Lastingers hadn't vaccinated Emily, and they weren't worried about it. The Lastingers weren't radical opposers of vaccinations. They weren't opposers of vaccinations at all. But the CDC wasn't recommending that they get the vaccination, so they didn't.

The autopsy found no other conditions to account for Emily's death. When Emily died, her mother was pregnant. A new daughter, Alea, was born to the Lastingers 13 days later.

"When you can't wallow in your own pity and you have somebody else to focus on besides yourself, it turns out to be a very good thing,” Lastinger said. “Having responsibility, you can't curl up in a ball and just avoid things. She helped our entire family heal.”

Ever since then, Lastinger has campaigned to universalize immunization. He co-founded Families Fighting Flu, a parent support group that promotes immunization by raising awareness and fighting for broader immunization guidelines from the CDC.

“I couldn't let it go,” Lastinger said. “I couldn't wrap my head around the fact that we lost our daughter. How could this thing have taken her that we were ill-prepared for, that we didn't know about ... After about four or five months, we realized that the thing that we could have done was to make sure she was vaccinated. That was the thing we could have done as parents that we did not do that probably would have saved her life.”

Later in 2004, the CDC expanded its flu recommendation to include all children up to 59 months old. Since then, the CDC has recommended universal flu vaccination for all children older than six months.

Of course, not everyone gets those vaccinations. According to the CDC, 59.3 percent of children aged six months through 17 years were vaccinated in 2014-15, while 43.6 of people 18 and older had the vaccination.

The Healthy People 2000 report cited by the CDC sets 70 percent of children from six months through 17 years old as the target. At some point, around there, enough herd immunity is built to protect infants and people who can't be vaccinated due to other medical conditions.

Three years after Emily died, Alea was diagnosed with leukemia. She took chemotherapy and she couldn't be vaccinated while being treated. At the beginning of her treatment, she was isolated. Then doctors told Lastinger that their daughter needed to be mainstreamed again.

Now the Lastingers had a new problem. They would certainly vaccinate their daughter, if only they could. But they couldn't vaccinate her, and they felt vulnerable putting her back in public school. They couldn't know which other children were vaccinated and which weren't.

The Lastingers had heard reports of flu epidemics breaking out in places with low rates of immunization. In Texas, 145 children died from influenza from 2007 through 2015, Lastinger said.

Determined to not lose another daughter to the flu, the Lastingers asked Alea's school teachers to not put her in classes with children who weren't immunized, wiped down every restaurant setting with Clorox, brought sheets with them on airplanes to build protection.

“It was scary,” Lastinger said.

Fast forward to this year and Alea is in remission. She is 12 years old, in a magnet program and a volleyball player. Lastinger keeps her vaccinations up. And urges others to do likewise.

“As I talk to parents, we've never ever really worried too much about the fraction of a percent who under no circumstances whatsoever will ever get their kid a flu shot because they are adamantly opposed to it or they're opposed to the government telling them what to do, whatever,” Lastinger said. “That's just a tiny bit.”

No, said Lastinger, what he hears most is parents being too time stressed and others who simply can't believe the flu is such a terrible danger.

Vaccinations aren't so automatic. And that's the challenge for Lastinger's cause, which, like others, must find a way for its message to pop through the noise.

Lastinger proposes that flu vaccinations be required for participation in University Interscholastic League (UIL) athletics. He said he has never approached any lawmaker with the idea. Just an idea.

“I wonder if that can get us another 10 percent,” Lastinger said.

Perhaps, he added, all the hospitals in Texas could coordinate to have the same flu vaccination message on their billboards for some period of time.

“Maybe we can move the needle a little further,” Lastinger said. 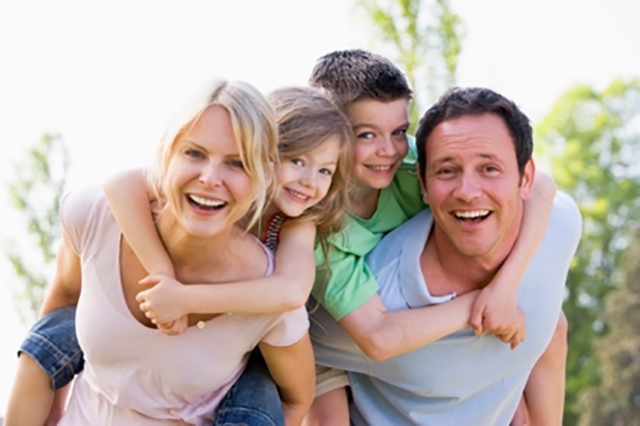