The San Antonio Missions, the Alamo and other historic Texas shrines have attained the status of other internationally recognized landmarks such as the Taj Mahal and the Great Barrier Reef.

At a meeting in Germany on Sunday morning, the United Nations Educational, Scientific and Cultural Organization (UNESCO) designated the site of the pivotal Battle of the Alamo in 1836 as a place of cultural significance.

"The United States has a powerful and valuable history that encompasses a wide range of peoples, creeds and experiences," said Crystal Nix-Hines, U.S. ambassador to UNESCO.

The Texas shrines are the 23rd World Historic Site in the United States, including landmarks such as the Statue of Liberty and Independence Hall. In addition to the Alamo, the shrines include missions at Concepción, San Jose, San Juan and Espada, all in San Antonio.

The World Heritage designation could add up to $105 million in economic activity to Bexar County by 2025, as well as up to 1,100 jobs and as much as $2.2 million in additional hotel tax revenue, according to a 2013 report by the Harbinger Consulting Group.

The nomination process, begun in late 2006, was launched by the San Antonio Conservation Society and later grew to include the city of San Antonio, Bexar County and the Texas General Land Office, which manages the missions.

The latest news comes amid a turbulent period for the Alamo. In March, Texas Land Commissioner George P. Bush fired the site’s longtime managers, the Daughters of the Republic of Texas, citing a failure to maintain the state-owned shrine.

And in January, in response to the UNESCO nomination, state Sen. Donna Campbell, R-New Braunfels, introduced legislation banning any foreign entity from owning, controlling or managing the Alamo complex. The bill did not make it out of a Senate committee. Officials have said the designation does not open up the Alamo to any kind of foreign control.

This article originally appeared in The Texas Tribune at http://www.texastribune.org/2015/07/05/san-antonio-missions-named-un-designation/. 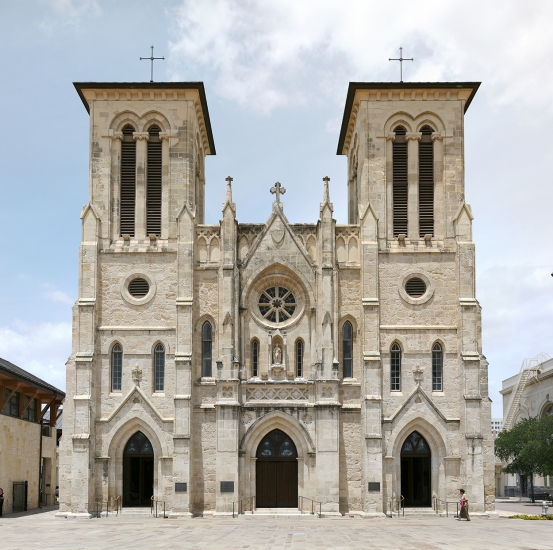