More than 250 people packed the San Antonio Garden Center on June 21 to give their input on latest Alamo plan proposal.

The boisterous crowd included many women representing the Fiesta Battle of Flowers Parade who were strongly opposed to a plan provision that would close the street in front of the Alamo and redirect traffic - including the parade - a block away.

Watch full video of the meeting here, scroll down for other resources

Click here to replay video from NOWCastSA's webcast of the unveiling of the Draft Alamo Plan here.

Go to this link to read the Alamo's summary of comments from the four public input meetings held June 18 to June 21. 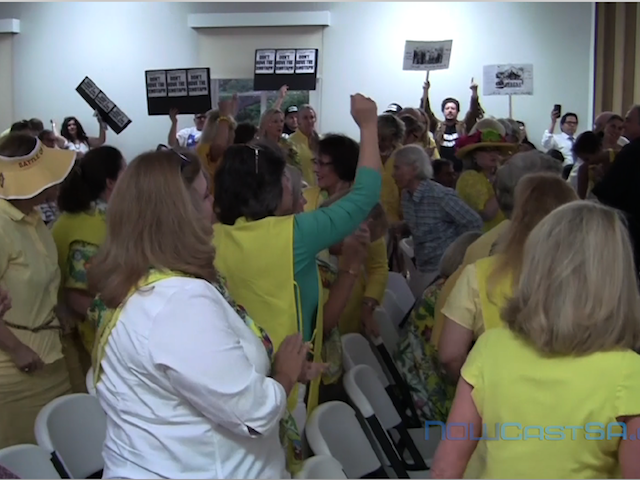