It wasn't the San Antonio sun that turned East Commerce street into an outdoor grill Saturday, it was all the browning bear burgers … that's B-E-X-A-R.

This year, the 2nd Annual All-American Burger Fest matched San Antonio Mayor Julian Castro and Bexar County Commissioner Tommy Adkisson against each other in a classic burger cook off. Castro was named the winner of the competition by a panel of judges.

The event aimed to draw the San Antonio community to the East Side to promote recent and upcoming revitalization projects such as the East Side Promise Neighborhood and The San Antonio Base Realignment and Closure (BRAC) construction program. Some of the proceeds from the Burger Fest benefit high school graduates in City Council District 2 and St. Philips College students.

The smell of sizzling grease wafted from grills up and down the street as different vendors cooked up an assortment of flavors into their burgers. Most notable were the Mayor's "Fitty Burgers" made from ground turkey, and the crowd favorite, "Fatty Burgers."

"You can't go wrong with a Fatty," claims Sean Henry, an East side resident as he packs his cheeks with chunks from his one-pound cheeseburger.

Catch the details from this awesome event in this video: 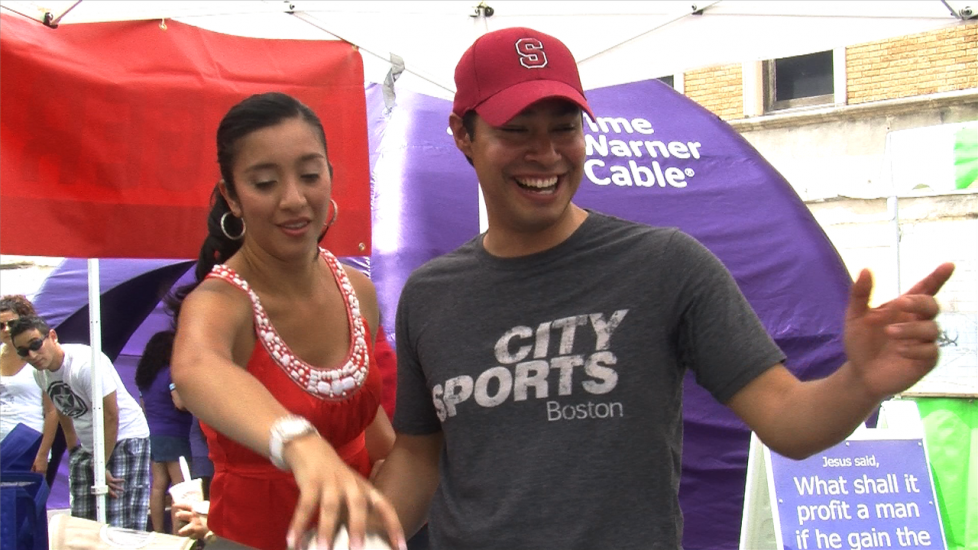