With help from a grant from U.S. Department of Education, San Antonio school, city and and community leaders joined with residents to create the East Side Promise Neighborhood initiative to collaborate on a plan to expand the opportunities for children to succeed in getting an education from cradle to career.

This video is the first in a series to collect the participants' expectations, desires and ideas about how the East Side Promise Neighborhood Initiative will function.

The $312,000 Promise Neighborhood planning grant, which named United Way of San Antonio and Bexar County as the recipients, is intended to promote integrated planning by local government agencies and coordinate the collective assets, resources and investments of the neighborhood including its people.

NOWCastSA will receive $15,000 in Promise Neighborhood grant money to fund live webcasting, community journalism training and producing videos such as this one.

Advisory board members of the initiative include East Side residents, the City of San Antonio, the San Antonio Independent School District, the San Antonio Housing Authority, Trinity University, Family Service Association, St. Philips College, San Antonio for Growth on the Eastside (SAGE), The Urban Land Institute, United Way and others. 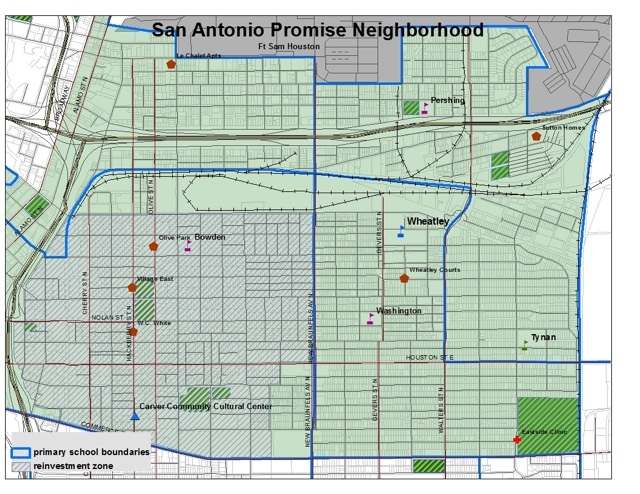