To see and feel the anguish of a Syrian child refugee, look no further than the Portraits of Compassion exhibit on the walls of the banquet hall at San Antonio’s Trinity Baptist Church, on view until the end of April 2018.

The painting, titled “...the least of these...,” is a hauntingly poignant portrait of a Syrian child. His eyes beseech us, in their sad determined gaze, to seek our humanity, wondering what went wrong.

The work is by artist and activist Pamela Taylor, who has moved from abstract impressionism to more realism and is becoming known for her powerful portraits.

Trinity Baptist parishioner and art consultant Karen Evans curated works for the Portraits of Compassion exhibit, Taylor explained. “We were asked to do an artistic interpretation of the Bible verse where Jesus says, ‘Truly, I say to you, as you did it to one of the least of these my brothers and sisters of mine, you did it to me.’ ” (Matthew 25:40)

For Taylor, the inhumane treatment of Syrian children - both in their homeland and as asylum-seeking refugees - struck a chord in her heart in answer to the the Bible verse.

In her painting, the child is walking away from the belly of a beast, a brutal civil war, whose swath of destruction has caused millions of Syrians to be displaced since 2011.

The flames and obscured images of demon-like wraiths within the flames behind him speak of the harrowing experience of loss, death, and displacement.

There is hell behind him and perhaps ahead, with possible deportation back to Syria. 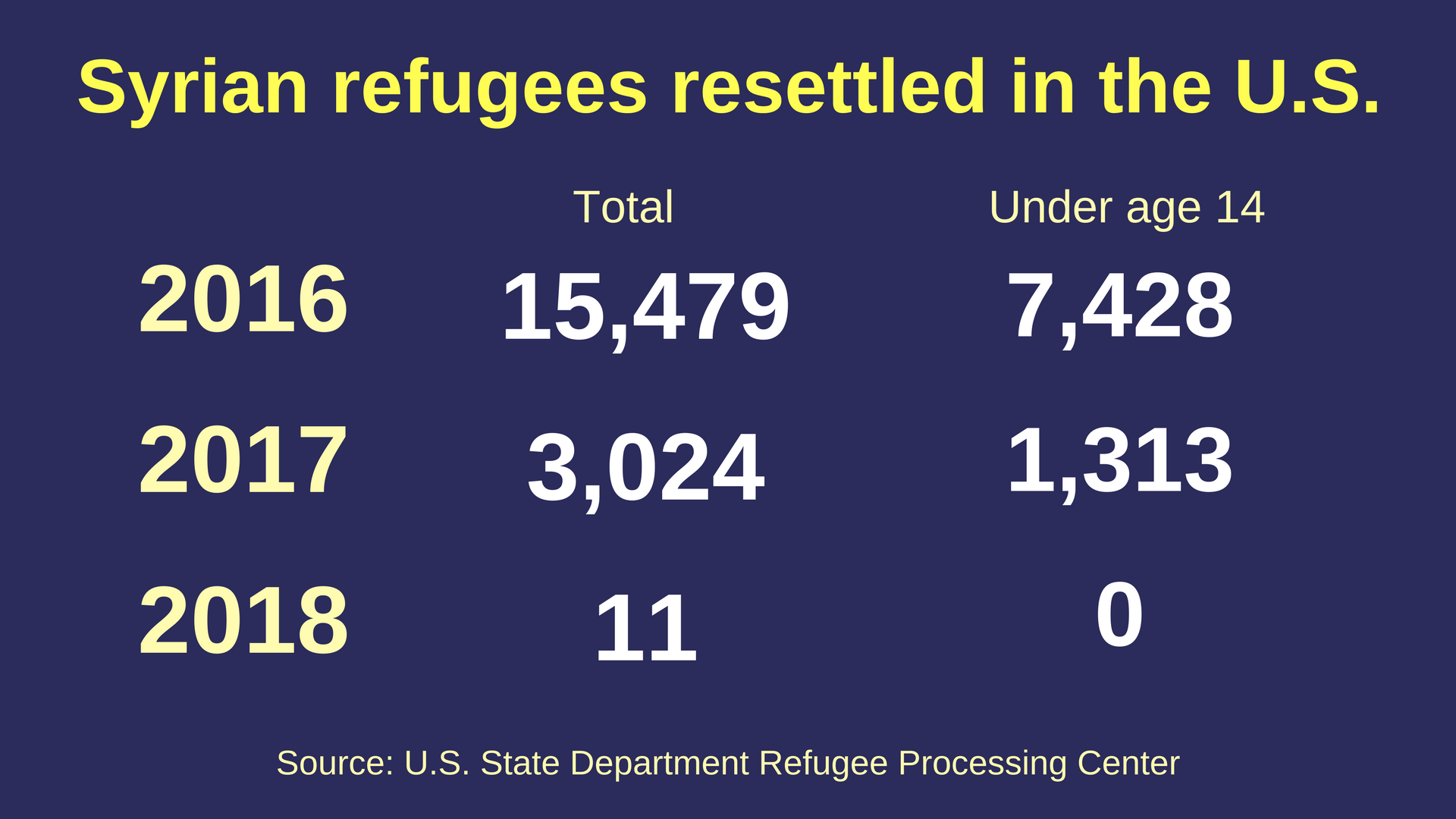 Taylor also learned that refugee immigrants to the U.S. must pass extreme vetting by six federal agencies. (Learn more in this article in the Guardian.)

This, combined with an administration unwilling to extend a hand of humanitarian aid, Taylor said, speaks again to the aforementioned Bible verse about the “least of these.”

Taylor’s mission of social justice is not new. She is co-founder and former CEO of the nonprofit organization, Dress for Success San Antonio and the founder and CEO of Career Gear San Antonio, which empowers women and men to achieve economic independence and break the generational cycle of poverty.

She had always felt the life of an artist was an innate part of who she was, however, due to her own experience with domestic violence long ago, she pursued a path of service to help other victims of domestic violence.

She earned her Master's Degree in Nonprofit Management from Our Lady Of The Lake University, and was a couple of semesters into a Ph.D. program in Leadership when she decided to leave and head in a different direction.

“For the last two years I’ve been honing my skills. I’ve been becoming, technically, a better painter. But I felt a lack of direction like I had when I was at Dress for Success,” she said. “Recently, I heard a great news story on National Public Radio talking about how we tell our young people to do your passion, work your passion. And then they go do that, and they feel disheartened, they feel unsatisfied. It is critical to marry that passion with a purpose.”

Taylor’s purpose as an artist is to be an advocate for the voiceless.

The current political climate has been an impetus for much of her work.

Her powerful abstract series, “Incarceration: Confinement (In)Justice,” explores the socio-economic injustices suffered by those in jails and prisons. According to a report by the Prison Policy Initiative, the U.S. has the highest number of incarcerated people per capita of any country in the world: 724 people per 100,000.

Taylor was also inspired to do this series because of her time teaching classes on workforce development to the inmates at Bexar County Adult Detention Center. There she learned firsthand, the demoralizing circumstances inmates go through and the stigma of being incarcerated.

Respect for their art teacher - and a new respect for themselves - prompted the students in the detention center to make the extra effort to get up in time for the early morning classes.

Now Taylor is focused on bringing attention to the human toll of U.S. immigration policies, especially the plight of Syrian refugees seeking asylum from their war torn country.

“I have felt helpless and hopeless because of the current political climate sweeping our country," Taylor said.

"But we are powerful when we raise our voices. Articulate in whatever way you can - through words, music, or art. Injustice flourishes when good people do nothing. Do something. Refuse to be silenced!”