The Last Day to File an Application for a Place on the Ballot for District 2 for November Special City Election is August 21.

The last day to file an application for a place on the ballot for the Nov. 4, 2014 Special City Election to fill the vacancy in Council District 2 is Thursday, Aug. 21, 2014. Applications will be accepted through 5 p.m. in the Office of the City Clerk located on the second floor of City Hall, 100 Military Plaza.

Each applicant must be a United States citizen, at least 18 years of age, a registered voter of the City of San Antonio for at least one year prior to the election, and a resident of City Council District 2 for at least six months prior to the election.  Early voting by personal appearance for the November 4 Special Election begins Monday, October 20 and ends Friday, October 31.

For more information regarding the submission of applications, contact Melinda L. Uriegas, Assistant City Clerk, at 210-207-7255. 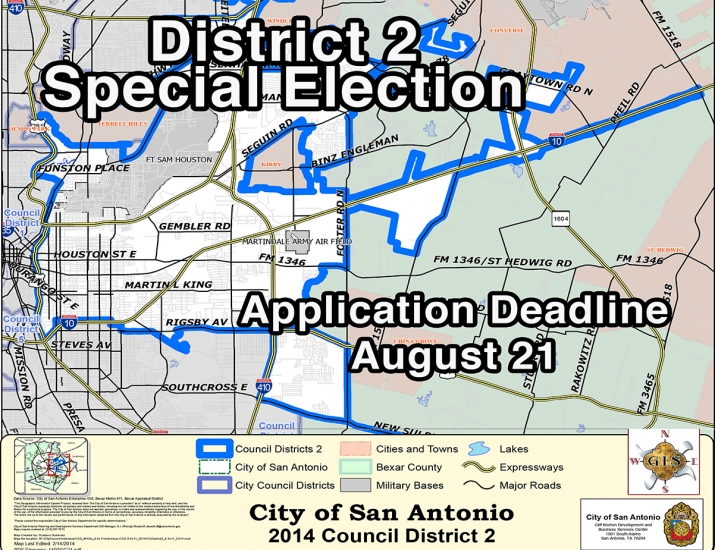