by Alexa Ura, The Texas Tribune

Editor's note: This story was updated with a comment from Lt. Gov. Dan Patrick's office.

With the legislative session just weeks ahead, the Texas business community is digging in its heels in opposition to Texas Republicans’ anti-LGBT proposals, warning they could have dire consequences on the state’s economy.

Representatives for the Texas Association of Business said Tuesday that Republican efforts to pass a bill to keep transgender people from using the bathroom that aligns with their gender identity and another that would shield religious objectors to same-sex marriage could cost the state between $964 million and $8.5 billion and more than 100,000 jobs. Those figures are part of a new report from the prominent business group.

“The message from the Texas business community is loud and clear,” Chris Wallace, president of the Texas Association of Business, said at a news conference at the Texas Capitol during which he was joined by representatives for ad agency GSD&M, IT company TechNet and SXSW. “Protecting Texas from billions of dollars in losses is simple: Don’t pass unnecessary laws that discriminate against Texans and our visitors.”

Those figures — based on an economic impact study conducted by St. Edward’s University and commissioned by the business group — depict the possible economic fallout in Texas, mostly from loss of tourism and events, if lawmakers move forward with legislation similar to North Carolina’s so-called bathroom bill and Indiana’s so-called religious freedom law.

North Carolina's bathroom law nullified local ordinances that expanded protections to LGBT residents and regulated public restrooms to keep transgender residents from using the bathroom that aligns with their gender identity. Indiana's religious freedom bill would have made it easier for religious objectors to same-sex marriage to refuse services to same-sex couples. But it was later clarified to indicate that businesses cannot use the legislation as justification to discriminate against people based on their sexual orientation.

Though the Texas Association of Business and Republicans are regularly legislative comrades, the business group has long warned lawmakers against moving forward with anti-LGBT efforts and it has picked up its lobbying against those proposals as Republican leaders, namely Lt. Gov. Dan Patrick, have vowed to push more extreme measures.

Patrick’s legislative priorities include passing a bill that would regulate the use of bathrooms and prohibit transgender Texans from using the bathroom in line with their gender identity. Defending that measure, which has yet to be filed, Patrick spokesman Alejandro Garcia described the business group's report as "misinformation and fear-mongering regarding a bill they haven't even seen."

"This legislation does not discriminate against any individual or target any group," Garcia said in a statement. "It has the support of the overwhelming majority of Texans in both political parties and every racial and ethnic group."

The fight over equal rights in Texas — which picked up strength after the U.S. Supreme Court’s ruling on same-sex marriage — was spotlighted last year when conservative activists in Houston helped overturn a local ordinance, better known as HERO, that would have established protections from discrimination for gay and transgender residents among several other classes.

And they’ve escalated as Patrick and other conservatives stepped into the fray over federal guidelines directing public schools to accommodate transgender students, including allowing them to use bathrooms that align with their gender identity.

Other anti-LGBT proposals in Texas include pre-empting local ordinances that extend protections to LGBT residents and legislation to shield religious objectors to same-sex marriage if they refuse to serve same-sex couples.

For at least a decade, cities like Dallas, Austin and Fort Worth have had comprehensive ordinances offering LGBT residents some degree of protection against discrimination in employment, housing and other public accommodations, such as bathrooms. Other cities have rules to protect city employees from discrimination.

Texas has also long had statewide protections on the basis of religion. Beyond local ordinances, the Religious Freedom Restoration Act, passed in 1999, is designed to ensure government cannot “substantially burden” free exercise of religious beliefs.

Disclosure: The Texas Association of Business has been a financial supporter of The Texas Tribune. A complete list of Tribune donors and sponsors can be viewed here.

This article originally appeared in The Texas Tribune at https://www.texastribune.org/2016/12/06/texas-businesses-say-bathroom-bill-could-cost-texa/. 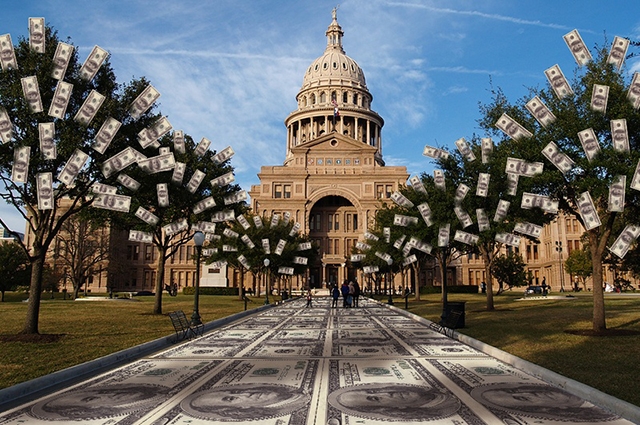