A sanctuary is a place of refuge, somewhere we go to seek shelter and retreat from the world. It is a place made sacred by faith and by the promise of protection, solace and strength.

A sanctuary can be a house of worship or any secular dwelling where we can be refreshed and renewed.

Emanuel African Methodist Episcopal Church  is a house of worship, a sanctuary nearly 200 years old that was brutally violated Wednesday, June 17, 2015. The violation of sanctuaries is as old as the violation of what should be the ultimate sanctuary: the human body.

That's because evil's favorite child, violence, is as woven into our being and existence as is its parent.

This doesn't lessen the pain and grief over the massacre at the church. But it does remind us of the work to do.

The founders of Emanuel AME believed that this nation could be better, that the shadows darkening its promise and obscuring the full meaning of the Constitution and Declaration of Independence could be lifted.

They believed that we as a people could be better.They were forerunners of the Civil Rights Movement, and this week in Charleston, black, white, brown red and yellow gathered in mourning and resolve to sing the Movement's anthem, "We Shall Overcome."

Our sanctuaries aren't immune to the evils that afflict us with numbing regularity. Still, we can't succumb to them in weary acceptance. Defeat isn't inevitable.

In memory of those whose lives have been claimed by hatred and violence, and in the belief that we possess the power to save others from falling victims, we're left with no choice but to continue trying to overcome. 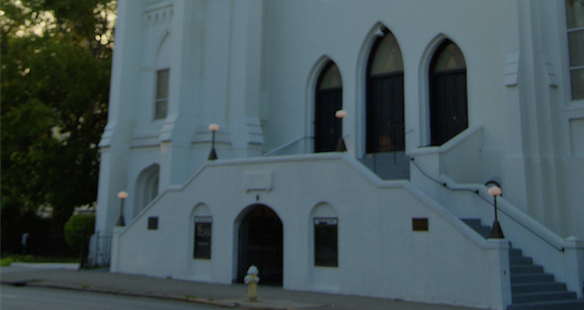