That Americans have been sending bottled water to a people in desperate need is no surprise. We are a generous people who are often quick and eager to respond to a crisis. Whether it’s an earthquake in Haiti, a tsunami in Japan or flooding here at home, those hurt by such tragedies can expect assistance from the people of the United States.

Americans are now sending bottled water to fellow Americans in Flint, Michigan, not because of a sudden and unavoidable natural catastrophe, but because of prolonged inexcusable and avoidable man-made decisions of elected and appointed public servants.

And at this point, those officials responsible for Flint’s contaminated water crisis have forfeited any high-minded claims of the work they do as public service. They’ve served the public, whose interests they were sworn to protect, with a negligence that will cause incalculable damage, especially to that community’s children.

A beleaguered city of just less than 100,000 people of which a majority are black, Flint has suffered thousands of job losses as auto factories closed over the years. Its unemployment rate is 40 percent, and its finances are so bad that it’s under emergency management by the state. That is why, as a cost-saving measure, a decision was made in April 2014 to switch Flint’s water supply from Detroit’s water system, which it had been a part of for more than five decades. The source of Detroit’s water is Lake Huron. Flint’s new source was the Flint River.

Inexplicably, especially given the age of Flint’s lead pipes, a decision was made to not add anti-corrosive agents to the water.

Almost immediately, residents complained that the water was discolored, and tasted and smelled bad. Within months, tests were showing high levels of lead and bacteria such as E. coli. By October 2014, a General Motors plant stopped using the water because it was rusting its parts.

If water from the Flint River was corroding machinery, imagine what it was doing to human bodies, including the smallest and most vulnerable. Tests of children began showing elevated levels of lead in their blood.
Putting aside 2014 tests on children and water, and GM’s decision to no longer use that water — and, obviously, these were put aside by state officials — wouldn’t foul-tasting and foul-smelling brown water be enough to cease using that water source?

Yet it wasn’t until Jan. 5 of this year that Michigan Gov. Rick Snyder declared a state of emergency and not until one week later that he mobilized the National Guard to help distribute bottled water and water filters.

Last week, in his state of the state address, Snyder apologized for how the water crisis has been handled and said, “Government failed you at the federal, state and local level.”

Well, yes and no.

The purpose and scope of government is an ancient debate. It was debated in the writing of the U.S. Constitution, and it’s debated every day across the nation, especially in a presidential election year.

But government, like power, isn’t inherently good or bad. It’s how they’re used. It was Michigan government officials who failed.

Emails released last week by Snyder’s office show that these officials were dismissive and frustrated about those warning about the water. It wasn’t until late last year that they understood they had a public health crisis. This is too late for children who drank that sludge for months and will suffer developmental and physical problems for the rest of their lives.

What happened in Flint were mistakes grossly compounded by arrogance and callous disregard.

Mistakes weren’t made by the apparatus of government but by those at its levers. Had they not ignored government standards designed to make water safe, they wouldn’t now be looking to the federal government to help the people the state of Michigan ignored.

Photo by Andrew Jameson (Own work) [CC BY-SA 3.0 or GFDL], via Wikimedia Commons 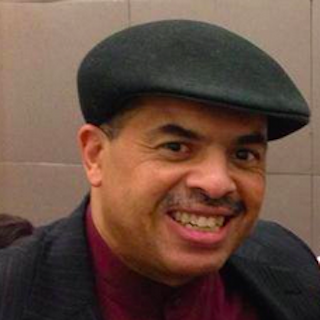