The threat would be fulfilled. Martin Luther King Jr. would be dead in less than two years. Exhausted and besieged, his last breath drawn on a balcony in Memphis in the midst of more demonstrations.

One of the many remarkable things about the life of King is the brevity of that life and the posthumous resurrection of his legacy. He was on the public stage for only 12 years and four months, from the Montgomery bus boycott to the Memphis sanitation workers’ strike.

Institutionalized into a holiday and embraced across political and ideological lines, King is easy to marginalize as a cuddly civil rights teddy bear who has always been universally loved.

Yet King was incredibly controversial at the time of his assassination. One of history’s great radicals became too radical even for other civil rights leaders as he expanded his moral critique beyond race and into poverty and the Vietnam War.

Too many people were too tired of his demonstrations.

But it’s King who is now a world historical figure.

In a lecture, his greatest biographer, Taylor Branch, explained the legacy of King and the philosophy at the center of his life and work:

“I don’t know how much it’s discussed even here at Harvard, but it was in South Africa and it was in Gdansk for the Polish ship workers, and it was when the Berlin Wall came down and the Velvet Revolution. It was in Tiananmen Square, which it didn’t win but is not forgotten. These are modeled in sit-ins. And so in many respects, nonviolence and the witness of the King civil rights movement has gone out into the world, which is great. And in an ironic way, I think its antecedents and its underpinnings are less appreciated in its home than they are anywhere else.”

At a staff meeting on Jan. 15, 1968, his 39th and last birthday, King affirmed his faith in nonviolence.

King knew the power of nonviolence, which he defined as love in action, and so should we. It remains the truest way to honor him.

Daunting are what he identified as the triple evils of poverty, racism and war, but nonviolence obligates each of us to not perpetuate hate and to not continue the cycle of violence.

We make the decision to hate.

We choose to deny someone their inherent dignity, whether it’s demonizing those whose politics, religion, ethnicity or sexuality is different from ours or bullying a classmate into committing suicide.

We decide if we’re going to make someone’s life more difficult through our nastiness or callousness.

We choose if we’re going to treat someone decently — or not.

That’s why he demonstrated. Those and other reasons are why he wanted to live. 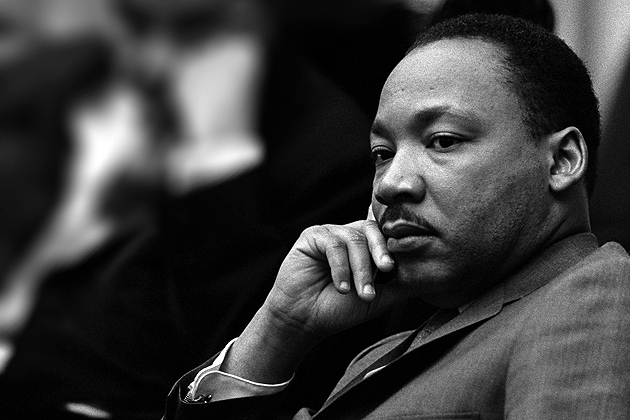