Casa Navarro State Historic Site will be celebrating its recent designation as a National Historic Landmark on Feb. 25. Local, state and national representatives will also be on hand to celebrate the birthday of the Texas patriot.

Jerry Geyer, a member of the board of the Friends of Casa Navarro, said the proposal for landmark status was signed this past December during the last days of President Obama’s term in office. U.S. Secretary of the Interior Sally Jewell announced two dozen new National Historic Landmarks on Jan. 11.

“These 24 new designations depict different threads of the American story that have been told through activism, architecture, music, and religious observance,” Jewell said in a press release. “Their designation ensures future generations have the ability to learn from the past as we preserve and protect the historic value of these properties.”

Many of the new landmarks celebrate unique architectural structures but most recognize sites of minority culture or civil rights importance. Casa Navarro has all three.

View a small photo gallery from the historic site below. 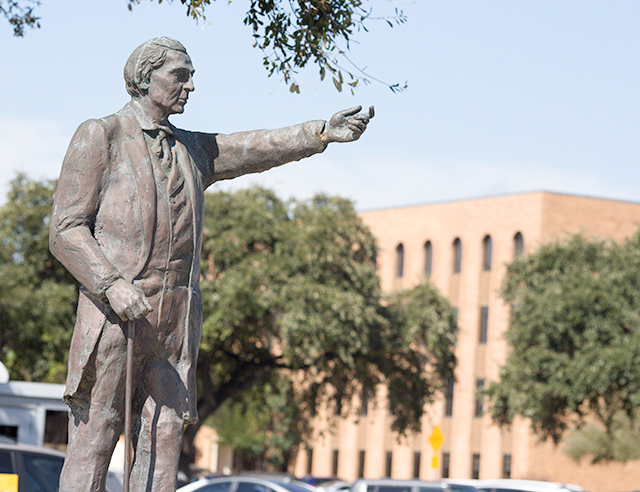 Landmark designations recognize places that depict a broad range of America’s rich, complex history. The new properties designated as National Historic Landmarks will also be listed in the National Register of Historic Places.

More than 2,500 National Historic Landmarks are scattered across the U.S., including almost 50 in Texas and, now, eight in San Antonio. Two landmarks, Casa Navarro and the Spanish Governors Palace, are situated along the historic San Pedro Creek currently undergoing extensive modifications and improvements.

The local designation, at 228 S. Laredo Street, encompasses the home of José Antonio Navarro, his corner store and office, and other outbuildings. Navarro was one of two native Tejanos to sign the Texas Declaration of Independence on March 2, 1836, but his struggles for freedom and liberty began much earlier.

José Navarro was born a Spanish subject in San Antonio de Béxar in the Viceroyalty of New Spain on Feb. 27, 1795. His mother, Josefa María Ruiz y Peña, was from a distinguished noble family. His father, Ángel Navarro, was born in Corsica and spent time as a servant and runaway before becoming a successful businessman and mayor of San Antonio.

As a teenager, Navarro supported Mexico’s independence from Spain. When the Gutiérrez-Magee expedition failed, Navarro had to flee to the United States to escape the wrath of a Spanish Army that included Second Lieutenant Santa Anna.

As a young man in his twenties, Navarro became friends with Stephen F. Austin and other empresarios who wanted to bring settlers to Texas. By then Santa Anna had become dictator of Mexico and ruled the nation with an iron hand. The hacienda system of servitude in Mexico was every bit as cruel and demeaning as the plantation system of slavery in the U.S.

By the middle of the 1830s, about half the states in Mexico were in open revolt. Navarro and other Tejano patriots (José Francisco Ruiz and Lorenzo de Zavala) represented San Antonio at the Convention for Texas Independence and helped to draft the Constitution of the Republic of Texas.

In the Republic era, Navarro served as Bexar's representative in the Texas Congress. In 1841, President Lamar commissioned him to accompany the Texan Santa Fe expedition.

View another photo gallery from the historic site below. 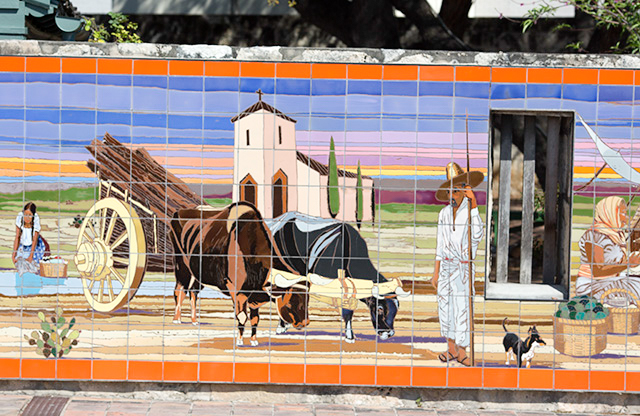 By the mid-1840s, Navarro was the delegate to the Convention of 1845. Here, he supported annexation of Texas to the United States. He also helped write the first state constitution and did his part to protect the citizenship of Mexican-Americans and their right to vote. After statehood, Navarro continued to serve his constituents with two terms in the Texas Senate.

The Department of the Interior highlighted Navarro’s contributions to the United States in its designation of landmark status.

“His commitments to both American ideals and to the rights of Texan Mexican Americans make him one of the leading figures of the American Southwest under three sovereignties,” Thomas Crosson wrote in a press release for the Interior Department. The relatives of José Antonio are legion. His uncle was José Francisco Ruiz (whose house was moved to the Witte Museum) and his brother-in-law was Juan Martín de Veramendi (whose daughter Maria married Jim Bowie). Members of the Cortez family, owners of Mi Tierra Restaurant & Bakery, claim decent from the Navarro clan. Navarro’s daughter Josefa married Dan Tobin whose family is famous now in the performing arts.

Many descendants will be present at Casa Navarro Feb. 25 for the festivities.

Geyer said that soon after the San Antonio Conservation Society purchased the Navarro grounds in the 1960s, they began to celebrate its preservation on Navarro’s birthday.

Dr. Alfonso Chiscano, from the Tricentennial Commission, and Mardi Arcemi, representing the U.S. Department of the Interior, will be on hand as well.

Members of Bexar County Commissioners Court will gather Feb. 21 to sign a proclamation to emphasize the importance of Casa Navarro.

“We expect Commissioner Paul Elizondo will read the proclamation at the celebration,” Geyer said.

Musicians from local schools have been requested to entertain the audience. Plans are to block off Laredo Street in front of the house and store in order to accommodate the celebration.

“Parking will be available in the lot across the street from Casa Navarro,” Geyer said.

History buffs and anyone interested in joining the Feb. 25 celebrations can R.S.V.P. by contacting Georgia.Davis@thc.texas.gov or calling 210-226-4801.

**Cover Image: A photo of José Antonio Navarro at the historical landmark Casa Navarro. Photo by B. Kay Richter. 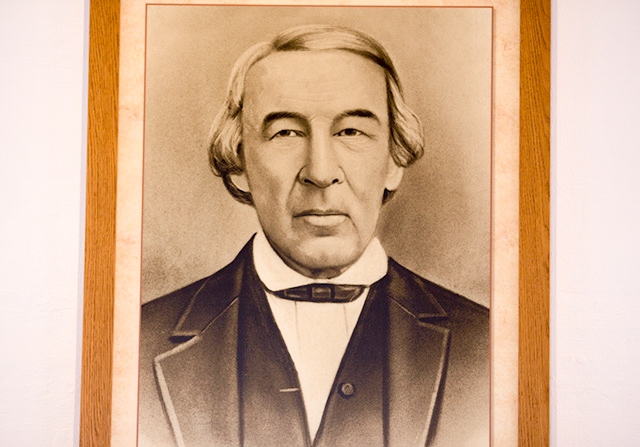