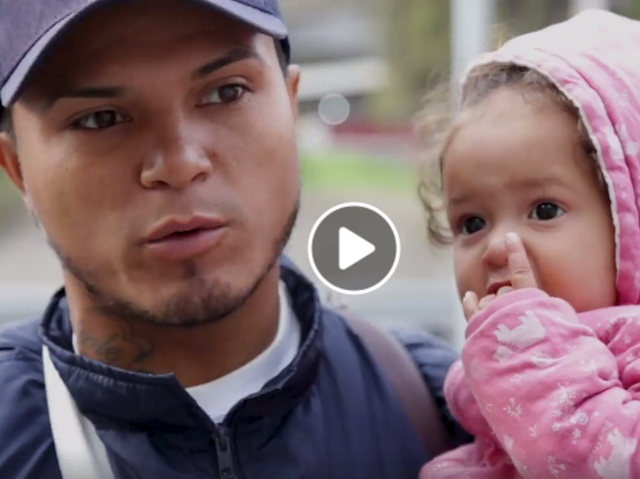 A team of media professionals went to Mexico City to get coverage of the refugee caravan and give them an opportunity to tell their stories.

Over the weekend of Nov. 10 and 11, 2018, the team recorded images of Central American refugee families traveling together, carrying a few belongings, and praying in a large assembly at the campsite. A humbling sight of many hopeful refugees working together.

The video focuses on one refugee father, who described his 30-day journey on foot from Honduras to Mexico City with his fiancé and small child.

“We’re not going to hurt anybody, we’re not terrorists,” he said when asked if he’d heard what President Trump has been saying about the caravan. He spoke about crossing into the United States in order to give his children a better future.

He spoke about feeling safe in making the journey with the caravan but also about his faith when entering new cities.

“Every time we go to a different city, we always tell the Lord, you know Jesus Christ, to cover my family, you know and protect us from anybody who wants to hurt us,” he said.