Fireworks ban got you down?

Well put this on your mobile and play it: bit.ly/Fireworks2go  Then share it with your friends!

With a whole lot of help from friends from sea to shining sea, we built the only legal fireworks show in San Antonio for July 4, 2011.

This link is to the fireworks video that is optimized to be played on mobile phones: bit.ly/Fireworks2go

Below is the HD version, meant to be played on your computer, full screen, with the speakers cranked up nice and loud:

We decided to do this after officials in Bexar County and much of Central and South Texas banned Fourth of July fireworks because of the fire risk caused by the region's extended drought.

We shouted out for help, and you all came through!

NOWCastSA engagement editor Joe Ruiz found folks on Flickr and organized the photos and permissions. After that, NOWCastSA Video Producer Antonio Rodriguez matched the photos with music in iMovie. iMove's export settings allowed us to make two versions of the video, one version optimized for mobile and another in high definition, best seen on a computer.

We'd especially like to thank the wonderful photographers who gave us permission to show off their work in this project: 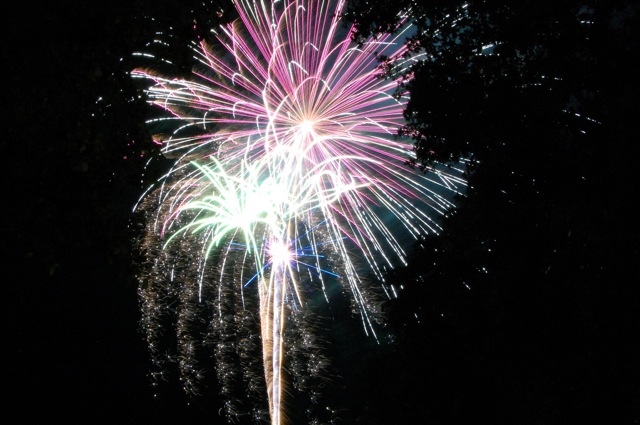