Don't wait until dark to play these fireworks on your mobile or computer - you and we handmade these back during the 2011 drought when fireworks were banned in San Antonio. Play On!

Here is a link to the mobile version: bit.ly/Fireworks2go or you can watch it below.

Here is a link the HD version of the community-built fireworks extravaganza for better play on computers and large screens.

It all started with this article published June 29:

Will you help us build the best Independence Day fireworks show in San Antonio - one that you can play right from your cell phone?

Don't let the drought-induced fireworks ban get you down. You can have the spirit without the sparks.

We can't do this without you - this has to be community-built, puro San Antonio.

Here's your part: Send us your best fireworks pictures, from anywhere, from July 4th, New Years Eve, the Rodeo, Fiesta or your hometown!

(The photo on the right was taken at Woodlawn Park last year by Mark Florence, and he's given us permission to use it in the show!)

Email your photos to news@nowcastsa.org or dump them in our Flickr pool called San Antonio Fireworks.   Make sure to tell us who we should credit, where the photo was taken and when.

Update: 11:56 a.m., July 1: We've received permission to use music from both The United States Army Field Band and The United States Army Band (also known as "Pershing's Own) in this production. We would like to thank the fine folks at the Fort Sam Houston Army Medical Command band for directing us to these wonderful musicians.

We'll string the photos together, add some really special patriotic music and we'll turn it into a little bitty YouTube video, optimized for mobile phones.

Then we'll get out the NOWCastSA pixie dust and deliever the video right to your cell phone so you can play it wherever you are on the Fourth of July!

Remember: Send your San Antonio Fireworks pix and your mobile numbers to news@nowcastsa.org.

(This will only work on phones that can play YouTube videos -- you know who you are!)

If you don't have any pictures, please join the fun by sending your name and cell phone phone number to news@nowcastsa.org.

And yes, we'll also post the full version at the top of the NOWCastSA.com home page and it will be available for replay immediately.

Editors note: This article was update to make it Fireworks Without Borders. Light up the whole sky! 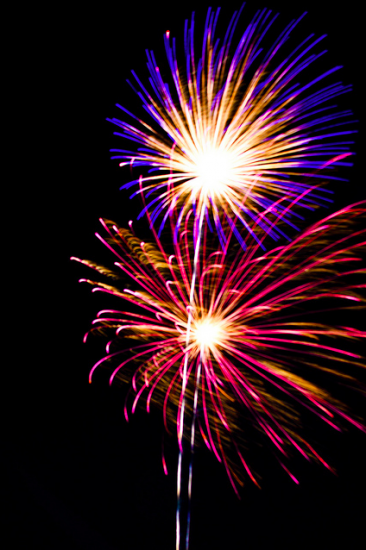