If you couldn't join us when we webcast a Chess Simul from the Molly Pruitt Library at Roosevelt High School, you can watch the archived video right here.

During the Simul, or simultaneous exhibition, chess master Alex Weinberg played multiple games of chess with 35 people at once.

You may watch the video here and read the comments from the live online chat during the event. Will Underwood graciously provided illuminating commentary, drawing on his own expertise as a chess player.

The event was organized by library branch manager Mariya LeighAn Rodriguez and sponsored by the Rackspace Foundation, which hosts Family Chess Nights at the Molly Pruitt Library every Thursday.

At 4 p.m. the game had its first draw, with player John Redding at Board 3.

According to his bio, the Russian-born Weinberg began receiving formal training at the National Chess School in Moscow when he was 7 years old.

NOWCastSA.com is hosted at Rackspace Hosting, which also provides in-kind support for the website. 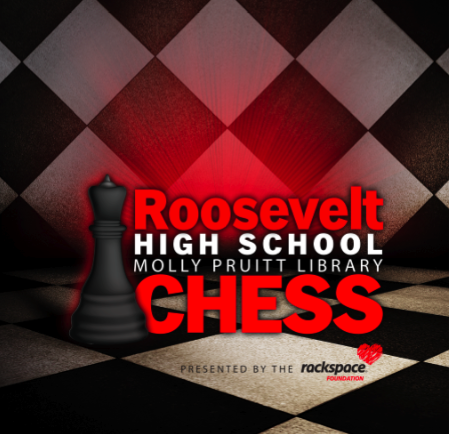