Replay the video: We webcast the first citywide school board forums on Monday, April 4 and on Tuesday, April 5 with a total of 25 candidates representing nine school districts.

In the lively two-night debates, the online community participated and asked questions about the candidates' views on TAKS tests, using the Rainy Day Fund to offset buget cuts and the future of recess, sports and arts programs.

The forums, held at San Antonio College's McAllister Auditorium, was hosted by Mayor Julián Castro, area businesses and education organizations. It was moderated by Steve Spriester of KSAT-12 and Brenda Jimenez of Univision.

You can watch the video of the Tuesday, April 5 forum with 14 candidates from the San Antonio, Schertz-Cibolo-Universal City, Southwest and Harlandale school districts here:

An archive of the webcast of the Monday night's forum - with candidates from Judson, Northside and Southside districts - is here.

Opening up the debate, Castro told the audience and candidates, the school board races were important in light of the expected state budget cuts in education. Castro said he coordinated the forums to focus light on the races and encourage both voter and candidate participation.

"The governance of our schools is essential to creating a well-educated community," Castro said. "Unfortunately, school board elections have been marked by extremely low voter turnout in the past. This is an effort to change that."

Reporting and photography by Susana Hayward 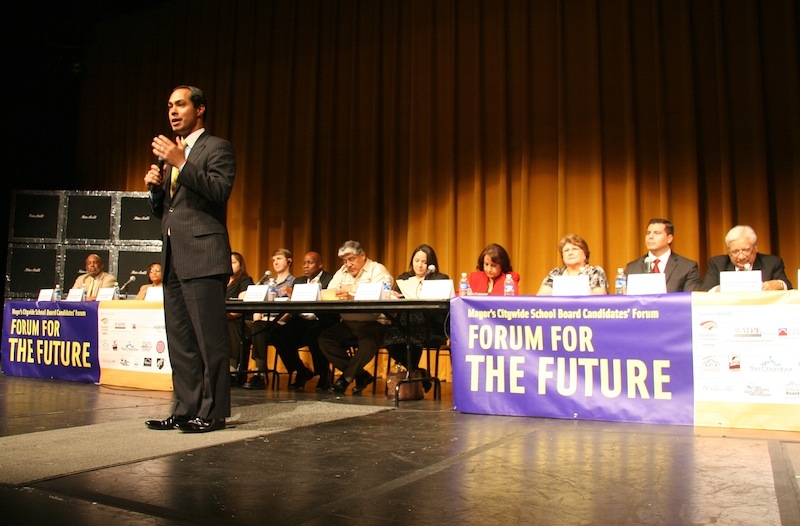