Consul General Armando Ortiz-Rocha of the Mexican Consulate in San Antonio will join the Avenida Guadalupe Association in holding its annual Cinco de Mayo Commemoration on May 4th at the historic Plaza Guadalupe in the heart of San Antonio’s Westside. This year is particularly significant as it marks the 150th anniversary since the famous battle was won.

The Commemoration program will include a brief history of Cinco de Mayo from Mr. Ortiz-Rocha, local students and dignitaries.  A continental breakfast will be served by Lanier High School’s “El Plato del Sol” culinary students and Univision’s Alfredo Lomeli, host of “Tu Estilo,” will perform. The event will also feature John Jay High School’s “Mariachi Jalisco” and the presentation of the colors by Fox Tech JROTC.

“This event is our chance to honor an important piece of both Mexican and American history. We take this cultural opportunity to educate our local community on this piece of our heritage, and commemorate the Mexican Army’s victory, which was led by Texas-born General Ignacio Zaragoza,” said J. Oscar Ramirez, President/CEO of the Avenida Guadalupe Association.

Cinco de Mayo recognizes the legendary and historic Battle of Puebla on May 5, 1862.  General Ignacio Zaragoza led a small Mexican army of 4,500 against 6,000 French soldiers who had not lost a battle in 50 years.  The battle ended in a victory for the Mexican army, and today Cinco de Mayo has become a time to celebrate Mexican heritage, pride and culture.

Situated on San Antonio’s Westside, the mission of the Avenida Guadalupe Association is to economically transform the lives of the Avenida neighborhood residents and businesses.  We will accomplish this by: Empowering our Community, Developing our Commerce, and Honoring our Culture. 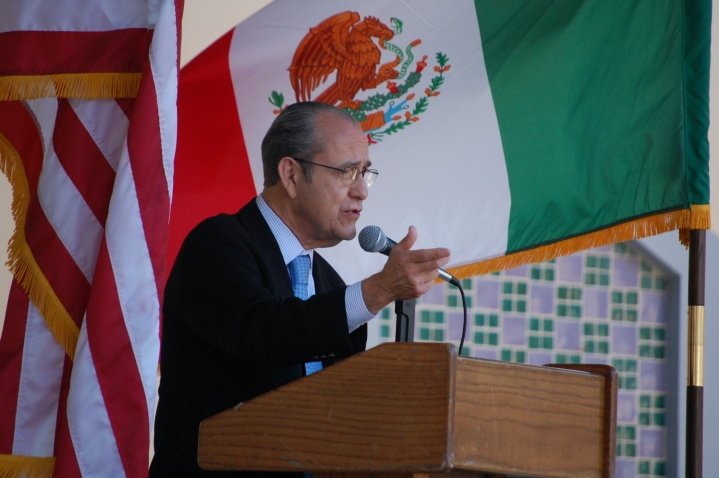