The city of San Antonio will have a number of public events at Brackenridge Park this fall. That's when visitors will be asked to get acquainted with the park's draft master plan and provide feedback on it.

The free activities range from an archeaological program to a train ride through the urban park. But all are designed to engage residents, regardless whether they have used the park or not, and to get them more familiar with the area's historical, cultural and natural elements.

But the city is efforting a more comprehensive approach to the Brackenridge Park master planning process, which has come under fire from city leaders and residents alike. When the initial draft plan was unveiled in a series of public hearings earlier this summer, many people - including regular park users - complained they had not been included in the preliminary discussions.

The The San Antonio Neighborhoods and Livability Committee, in August, rid the draft plan of some of its more controversial parts. Committee members such as City Councilman Rey Saldana (D4) said the City has a responsibility to do better in the park planning process.

"Whether we want to admit it or not, the City has made mistakes around transparency and inclusion in this process and also in other processes," he added at the Aug. 15 meeting. (Read more here about that committee meeting.)

Former City Councilwoman Maria Berriozabal, also, was critical of the plan, saying it risked excluding people who regularly come from the city's West, East and South sides to enjoy the park. Sara Gruber, special projects manager/communications for San Antonio Parks and Recreation, said these fall community events "are a reflection of the previous round of community meetings that called for additional citizen engagement in the master plan process.

Gruber added: "After seven community meetings, City Council’s Neighborhoods and Livability Committee decided to move forward with the strategies that received community support. These strategies are: the restoration of natural park features; restoring, preserving and articulating cultural and historic features; and increasing visibility and pedestrian access to and within the park.

The first event is called a cultural soiree, set for 5:30 p.m. Friday, Oct. 7, at the Koehler Pavilion. Visitors may listen to a flute groups and a classical guitarist as flamenco dancers perform. Attendees will learn more about the master plan and see an exhibition of archeological artifacts found within the park. Admission is free and open to anyone.

Starting at 5:30 p.m. Oct. 11, visitors may take the park train. Along the way, riders may hit piñatas, fly kites and do other fun activities. Admission is free, but registration is recommended as seating is limited. RSVP to BrackenridgeParkMasterPlan@sanantonio.gov.

The movie "Monsters Inc." will be screened at sunset Oct. 22 at Sunken Garden Theater. Gates open at 6 p.m. The family-friendly, free event will include a costume contest, a short film on Brackenridge Park's history, as well as food trucks.

Families may take a guided bike tour of the park from 9-11 a.m. Oct. 29, starting at the Joske Pavilion. Cyclists will learn about controlling invasive plant species and identifying ways to improve park flow both internally and externally.

A painting class will be offered 9:30-11:30 a.m. Nov. 9 at Lions Field on Broadway. Attendees may enjoy coffee and discussions about the draft master plan at this free event.  An archeological exploration will be held 10 a.m.-noon Nov. 19 at the Lambert Softball Field. Park employees will recreate an archeological dig for children of all ages to uncover replicas of artifacts that would have been found within Brackenridge Park.

For more information on these events and the Brackenridge Park draft master plan, visit www.SAParksandRec.com. 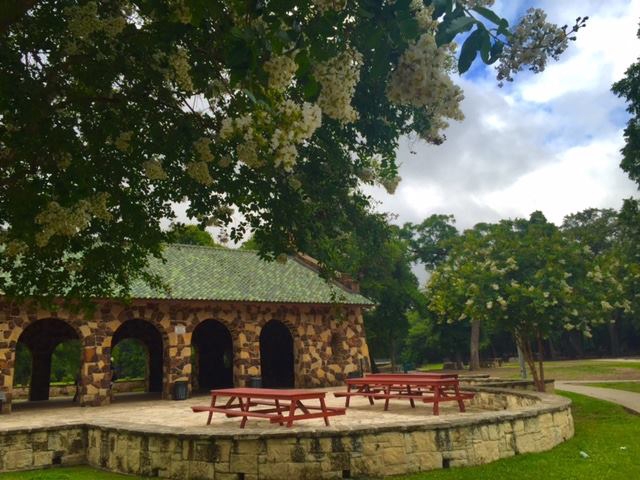