The Department for Culture and Creative Development (DCCD) teamed up with Animal Care Services (ACS) to introduce the two newest exhibits in Culture Commons. According to Sean Fitzgibbons, Public Art Specialist, the DCCD opens a new exhibit every three months in its Culture Common gallery space, located in the Plaza de Armas Building, 115 Plaza De Armas. 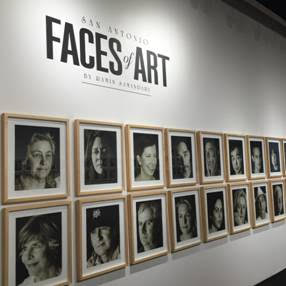 The exhibit is the first known documentation of the city’s sizeable art community. For the entire summer, the public can visit Culture Commons to see the 268 faces of San Antonio artists. The exhibit will run through September 16, 2016.

“[The artistic community] is a part of our creative economy. [Art] is not just something pretty to look at, it’s a way of living,” said Debbie Racca-Sittre, Interim Director of the Department for Culture and Creative Development.

Samandari moved to the United States from Iran in 1978. In 1988 he moved to San Antonio and has spent the last 18 years as an established local photographer, working out of his studio in the Blue Star Complex. Samandari used his relationship and experience with the art community to attract hundreds of artists out to his studio for the “Faces of Art” project.

“About two and half years ago I started photographing my face… I was looking for an expression, emotions, and how it translates in our faces,” said Samandari. “Then I had open studios, and I invited anyone who wanted to come so I could photograph their face. Close your eyes, think about whatever you feel, and when you open your eyes, I take the shot.”

His longstanding connection to the San Antonio art community was evident when dozens of the artists photographed showed up to honor his work at the opening reception.

Executive Director of Bihl Haus Arts, Kellen Kee McIntyre, recognized the time Samandari spent to capture, develop, and frame his work after spending hours with him on her photograph.

“The time and effort and understanding that Ramin has put into this exhibit… it’s amazing,” said McIntyre. “He’s one of the best printers in the city. The quality of each individual print, it has this velvety texture. They’re just astounding.”

McIntyre wasn’t the only artist pleased by how the images turned out after their sit-down with Samandari.

“The thing that I enjoy about his work is that there is something that he focuses on, it can be an eye, it can be a hair, it can be a hat, or the skin. I think it’s just amazing how you can look and see exactly where he focused…” said Katherine Brown, Media Artist & Photographer.

“The project that he did here… I think is a really important legacy project for San Antonio,” said Michele Monseau, Artist and Educator at UTSA & Palo Alto Colleges. “There are multiple generations of artists in this show, and it really represents the really close community and the achievement of the artists in this town.” 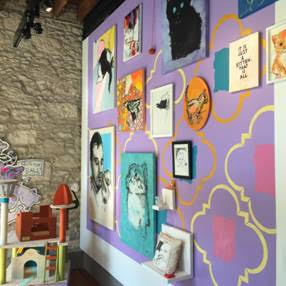 The second exhibit called the “Pet Project,” had a different purpose behind it. Six artists were selected by DCCD to create portraits of Animal Care Services animals to raise awareness about general pet safety, euthanasia, and adoption.

The exhibit was sponsored by the Petco Foundation. According to the Executive Director, Susanne Kogut, the company invested $165 million dollars towards the effort to end euthanasia in the United States since 1999 and more than $2 million dollars in San Antonio alone.

“We want to make sure that our artists are able to make a living here in San Antonio. So, we want to promote the arts in our community,” said Racca-Sittre. “In fact, we find that art is what drives many people to even come to a city.”

“When people come into our building, they like to see what San Antonio has to offer, as far as contemporary artists,” said Fitzgibbons. “We like to encourage and help the creative economy of San Antonio; that’s really our mission.” 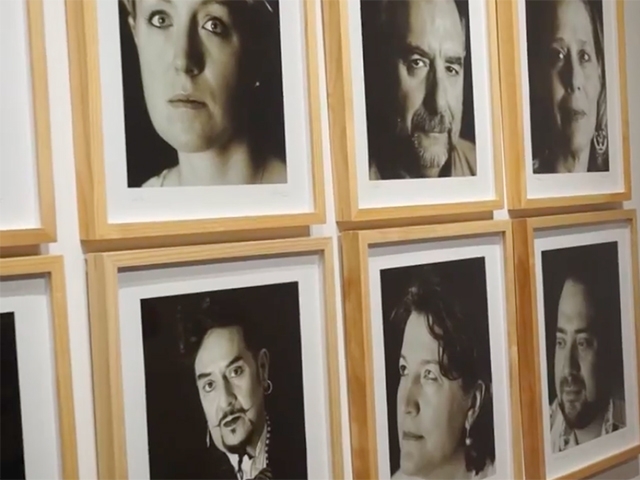