Elected leaders and pro-immigrant groups came together on the steps of San Antonio City Hall on March 14, 2018 and vowed to keep fighting the anti-immigrant law, SB 4 one day after judges on the 5th U.S. Circuit Court of Appeals upheld most of the Texas law. (scroll down to watch complete video of the 30-minute event)

"The position of the city has never changed. We will always have our community's back," he said.

State Rep. Diego Bernal, who represented San Antonio in Austin in 2017 when the Legislature passed the measure, said the bill is not about so-called sanctuary cities, as it claims. 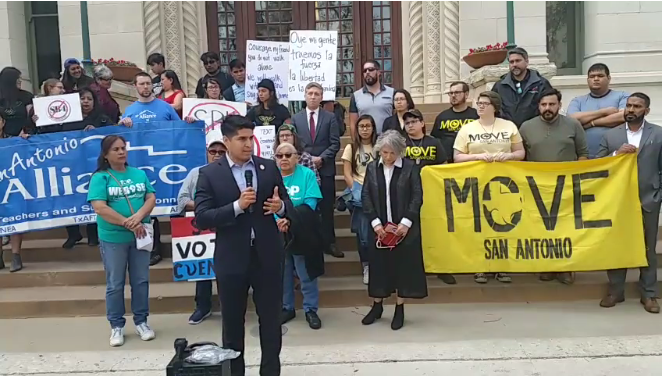