The City of San Antonio, along with the U.S. Department of Energy and CPS Energy, officially announced today the completion of a retrofitting project at the Army Residence Community (ARC) and presented a check to the military retirement community for $518,701 worth of incentives and rebates for energy-efficient retrofits.

The project, the first of its kind in the U.S., retrofitted 189 single-family units at the Army Residence Community through new insulation, replacement water heaters, Energy Star refrigerators, A/C replacement, A/C duct sealing, weatherizing, and replacement of inefficient incandescent lights with LED.  The project was funded by the City of San Antonio, led by its Office of Sustainability, using approximately $400,000 in American Recovery and Reinvestment Act Better Buildings Grant funds the City received in June 2010. San Antonio is one of only 42 communities in the country to receive funds and is one of three in Texas. The City’s investment leveraged jobs, reduced energy consumption and energy costs, and improved the comfort of residents at the ARC.

“This project shows why San Antonio is an emerging leader in the New Energy Economy," Mayor Julián Castro said. "Through these innovative partnerships, we are adopting sustainable technologies and helping military retirees who have given so much to this country."

The U.S. Department of Energy praised the City of San Antonio and its partner organizations for its efforts to create a more sustainable community. It also congratulated the Army Residence Community for being a leader in sustainable practices and participating in this project that has created dramatic energy savings.

"Significant energy efficiency improvements can be achieved through partnerships such as this inspiring building upgrade project that helps our distinguished, retired war veterans here in San Antonio," said Danielle Sass Byrnett, director of the Better Buildings Neighborhood Program, Building Technologies Office at the U.S. Department of Energy. "Everyone involved in the project set a goal of achieving 15 percent total energy savings per home through the installation of high efficiency features. This will allow residents to save energy, save money and live in more energy-efficient homes for years to come."

The Army Residence Community, nestled in northeast San Antonio, is one of the most distinctive active retirement communities in the world with more than 700 retired career military officers and their spouses, widows and widowers representing all branches of the U.S. military.

“We work hard every day to be the finest military retirement community in the United States.  This initiative not only allows us to be a leader in energy conservation, but to be economically efficient and save our residents from ever-rising electricity costs,” said Dave Fulbright, Army Residence Community chief operating officer.

CPS Energy, San Antonio’s municipally-owned utility, worked with the Army Residence Community through its rebate program and identified the opportunity to partner with the City of San Antonio’s Better Buildings Grant program.

“The energy efficiency measures reached in this community will ultimately result in lower energy consumption and bills,” said Cris Eugster, executive vice president and chief strategy and technology officer. “We applaud ARC for its efforts, which align with our goal of reducing 771 megawatts of energy use by 2020.” 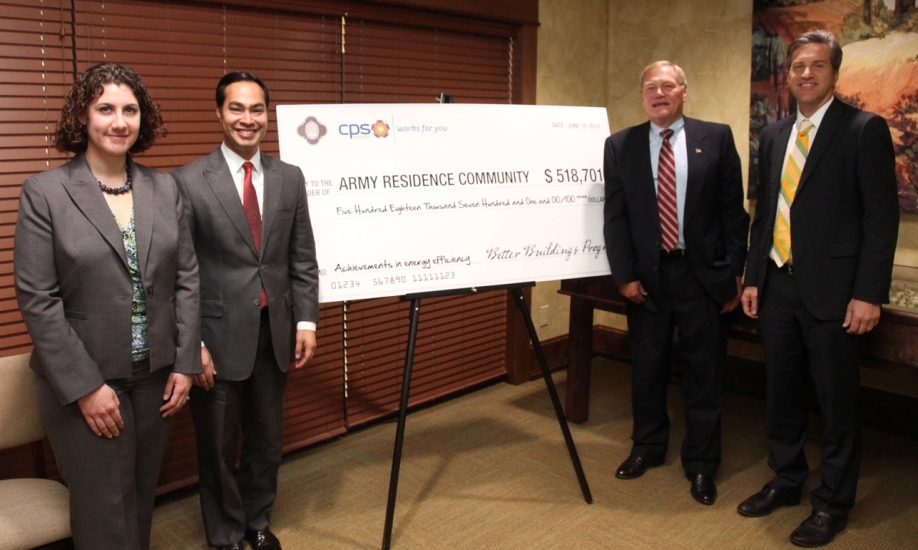