When most people hear "civic engagement," the first thing that comes to mind is voting. Through voting, citizens hold the ultimate power of choosing who represents them in government. This power is extremely important, but the process of civic engagement requires so much more than registering to vote and filling out a ballot.

Voting is actually the last step in the process of civic engagement. Citizens and leaders should first attempt to solve community issues through research, communication, activism and non-forceful initiatives. If those attempts fail to create a non-political solution, voting can then be utilized to make tough decisions in our community.

Civic engagement is about creating the menu just as much as it is about making a selection from the menu.

But how can the average citizen get involved and have a real influence on the process of civic engagement in San Antonio? Your best option is to join or create a community organization, a political party, a corporation, or another group that can execute solutions and provide enough support to influence city council. Creating your own initiative is difficult and costly. And, joining someone else's cause may provide its own set of barriers and requirements. For those who wish to remain unaffiliated, the options are limited.

Ideas for COSA was created to give everyone a non-partisan platform to share their ideas and feedback to improve the City of San Antonio. There is no agenda behind the community. The community actively creates its own agenda through idea submissions, commenting, and crowd-sourced voting. As the community grows, the Top Ideas will carry more support and influence on our local representatives.

The technology that powers Ideas for COSA allows thousands of people to work together to promote their best ideas for San Antonio. Rather than emailing your idea directly to a City Council member, you can submit your idea to the Ideas for COSA community where other members can show support and give you feedback. This process provides an organic validation of good ideas, while filtering out poor, unsupported and repeated ideas.

The Top Ideas are then taken from the community and sent directly to City Council via email, Twitter, and official testimony at Citizens to Be Heard.

The goal of Ideas for COSA is to create an independent community of highly-engaged San Antonio citizens who communicate and collaborate together to solve problems and improve our City. As citizens utilize more effective methods of communication, our leaders will follow suit and increase their ability to carry out the will of the people. This process of civic engagement brings more power and influence back to citizens while lessening the roles of politicians and corporations.

Go to IdeasForCOSA.com to learn more about the community and how you can participate. 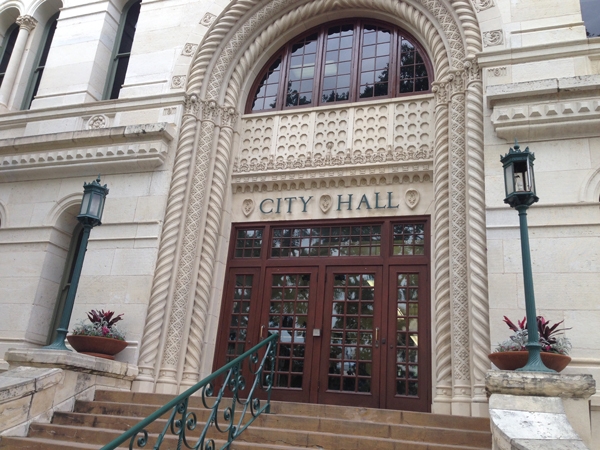