Upon receiving their property tax notices Texas homeowners seem ready to channel Peter Finch in the classic movie "Network," by throwing open their windows and yelling, "I'm as mad as hell, and I'm not going to take this anymore!"  But at whom should that ire be directed?

Some wolves in sheep's clothing at the State Capitol are pointing their fingers at your locally elected officials and pursuing legislation to tightly restrict cities.  But don't be fooled—it's the wolves themselves who have driven up your property taxes.

School district taxes make up more than half of your property tax bill.  As your property value grows, your resulting tax bill increases, and we've certainly seen a dramatic rise in property values throughout the state.  However, instead of funneling those new dollars directly into the classroom or letting school boards give taxpayers a break, the state takes advantage of rising values by "allowing" homeowners to pay an ever-greater portion of public school funding.  Meanwhile, the state budgets fewer state dollars for school districts and uses that windfall elsewhere.  This cost-shifting scheme effectively decreases the state's share of school district funding when your property value increases.

Although student population is projected to grow by more than 168,000 over the next biennium, the state actually will decrease its share of school district funding.  Even more remarkably, when charter schools are removed from the equation, the state's share of funding for local school districts—which educate 94% of Texas students—drops to 32%, leaving property taxpayers to pick up the rest.  At the same time, charter schools actually realize a gain of $1.4 billion.  In other words, while the state is decreasing its share of school funding by almost $3 billion, your local property tax bills are increasing by almost $7 billion—though your schools are not seeing an increase in their funding.  So where are those billions in your local taxes going?

They're being used to cover population growth, provide new funding for charter schools, and replace the $3 billion the state reduced to districts.  No wonder the wolves are howling and pointing fingers, hoping to distract you from the real reason behind your escalating taxes!

The Texas Education Code explicitly says that public education is to be "substantially financed through state revenue sources."  Most would agree that 32% is nowhere near substantial.

That's why I've filed HJR 18 in the current special session.  My constitutional amendment would require the state to be an equal partner with local communities by providing at least 50% of the cost of educating Texas students.  This is the only way to ensure that rising property values won't continue to allow cost-shifting by the state.  In fact, without the 50% requirement, since just 2010 the state's shirking of its responsibility has pushed $28 billion of its share onto local property taxpayers.

Most Texans recognize that public education is vital to our state's economic future as well as to our democracy.  The lack of transparency in the state's complicated funding formula prevents meaningful debate about how best to meet the needs of our students and our future, how much it should cost, and how we as Texans want to pay for it.

Current legislative proposals to address property tax reform distract us from meaningful fixes and do nothing to open a window on what's really behind rising property taxes.  If you want your lawmakers to address real solutions that focus on the largest portion of your property tax bills, ask them to debate and vote on HJR 18.

Real property tax reform requires real school finance reform.  So go ahead and get mad, and if you don't want to take it anymore, make sure you're dealing with the actual culprits who created this funding shell game.  Howl at the wolves in the legislature, and demand real solutions to real problems in this summer's special session. 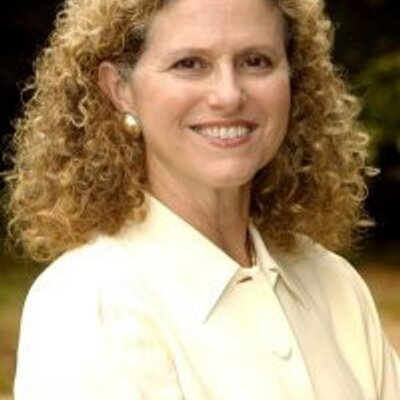