Conversation: Taxi Cabs in the Age of Uber

We talked with Carol Mendoza­-Fisher about the impact on her father’s independent taxi cab company as it faces an influx of unregulated competition from out-of-town corporations, Uber, Lyft and GetMe.

Her father, owner of Seven Eleven Cab company, was one of the first minority small businesses to be granted a San Antonio cab license in 1979. Like many independent cab businesses, Seven Eleven Cab has office space in the Shearer Hills, Ridgeview Neighborhood, off of McCullough Ave. just inside Interstate Loop 410.

Mendoza-Fisher said her Seven Eleven did well enough over the years that her father was able to send her and her siblings to college. But his fortunes changed a year ago when ride­-hailing companies Uber and Lyft came to the San Antonio market. Now, she said, her father's small business and his 16 drivers are struggling, working 16-hour days to make ends meet.

Mendoza-Fisher said when she uses the term “ride share,” she is referring to carpooling with her neighbors, when they share a ride. That, she said, is in sharp distinction from the Transportation Network Companies (TNCs) such as Uber, Lyft and Get Me, who charge fees for their services. TNCs can only be hailed through an app on a smart phone, and they only accept payments from debit or credit cards.

There are 28 taxi cab companies in San Antonio, and the city limits the number of cabs at 985 through a rules process designed to serve public need, and also help drivers earn a living. City rules also set minium and maximum cab fares to protect drivers and consumers.

Mendoza-Fisher said the unlimited number of TNCs created a glut of competitors in the market, who often charge "predatory" low rates. At the same time, TNCs can institute so-called surge pricing, which Mendoza-Fisher compares to price gouging, which would be illegal in Texas under other circumstances.

“Uber is taking us back to the Wild West where there were no regulations, and it caused a lot of chaos back then and it will cause a lot of chaos again,” said Mendoza-Fisher.

She said that while TNCs are happy to skim off the business from affluent customers, they cannot serve the entire community, especially the 25 percent of San Antonio's population who live in poverty and exist in the cash economy.

One in five residents in San Antonio are elderly, and many of them don’t have smart phones or access to the credit/debit cards needed to access TNC services, Mendoza-Fisher said.

Mendoza-Fisher said taxi cab companies are an important part of the community that can’t be replaced by ride-hailing companies, mainly because of the humanity that many cab drivers bring to their work every day.

“What the cab industry provides is...Once a week you have to go to the grocery store, we will come get you, we will take your groceries inside for you...they will put away their groceries,” said Mendoza-Fisher of the relationships that many of the drivers have created and maintained over the years with people who need their services. 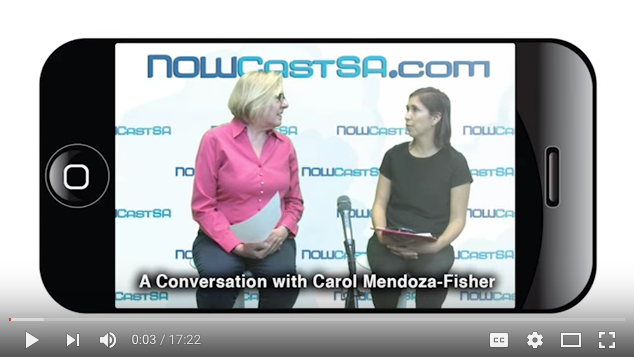