San Antonio has unhealthy levels of ozone that could cause premature death, asthma attacks and heart disease, according to the American Lung Association’s just-released “State of the Air” report.

While the American Lung Association ranked San Antonio among the top 93 cities in the U.S. in short-term particle pollution, the city is the 32nd most polluted city in the nation for ozone, according to the report. the report gives Bexar County an "F" for ozone.

“The 2016 ‘State of the Air’ report finds unhealthful levels of ozone in San Antonio, putting our local citizens at risk for premature death and other serious health effects, such as asthma attacks and cardiovascular harm,” said Angie McClure, executive director of the ALA in Texas – San Antonio/Austin.

“Across the nation, the report found continued improvement in air quality, but more than half of the people in the U.S. live in counties that have unhealthful levels of either ozone or particle pollution,” she said.

In April the eight-hour average ozone reading at San Antonio’s Camp Bullis monitor was 61 parts per billion (ppb) – the fourth highest reading of the year, according to a post on the Alamo Area Council of Governments (AACOG) website.

Combined with high readings from earlier years, that puts San Antonio out of compliance with the Environmental Protection Agency’s new 2015 National Ambient Air Quality Standard of 70 ppb of fourth-highest readings over a three-year period.

Nirenberg is leading an effort to get San Antonio back into attainment with the EPA’s standards.

As the tri-chair of SA Tomorrow and a representative of the city’s northwest side, where he works to balance natural resources, environment, and economic development, Nirenberg said he hopes to have an anti-idling ordinance to reduce carbon emissions from vehicles in the next few months.

“We’ve had an unfortunate issue of idling on air quality issues,” he said. “We know we’ve been in fits and starts trying to deal with the issue of air quality for a better part of a decade. If we don’t get a handle on it, we will see a negative impact on public health and our economy.”

Nirenberg said he has been working to add air quality to the Transportation, Technology and Utilities Subcommittee agenda as early as the next meeting, a move that would allow the committee to eventually present it to San Antonio City Council for adoption.

Nirenberg also recently moderated a talk about the future of transportation in San Antonio during his State of District 8 event on Jan. 27, where he presented air quality as a policy priority for 2016 and beyond. (You can replay that video here on NOWCastSA.)

San Antonio is working with AACOG to collect public comments through April 29 on a proposed anti-idling policy. The policy would cap idling time at five minutes for large vehicles – those with a gross weight of greater than 14,000 pounds. Violators would be penalized by local law enforcement.

The Texas Commission on Environmental Quality (TCEQ) Vehicle Idling Restrictions include many exemptions.

Texas Senate Bill 493, passed in 2011, permits idling of motor vehicles greater than 14,000 pounds if they are equipped with a 2008 or newer heavy-duty diesel, liquefied, or compressed natural gas engine that is EPA-certified and that does not emit more than 30 grams of nitrogen oxide per hour when idling.

San Antonio is lagging behind other cities that are being more aggressive about adhering to the new emission standards.

The TCEQ, which developed a State Implementation Plan (SIP) for nonattainment areas, adopted an eight-hour ozone attainment demonstration state implementation plan in 1997, updating it in 2007, 2008, and 2010.

In the Dallas/Fort Worth area, a coalition  enforces state idling restrictions through a program called Engine Off North Texas.

Nirenberg said an anti-idling policy in San Antonio would be the first of many steps to propel the city’s discussions on air quality, which date back to the early 2000s.

“The challenge for San Antonio policymakers for now and the foreseeable future is how we manage growth for everyone,” he said.

Nirenberg said brief recommendations from city staff regarding best practices and idling ordinances in Texas would help accelerate Council approval on the issue.

Meanwhile, he stressed there is plenty people can do in their own lives to improve air quality.

“Things like when you fill your car with gas and how much you drive – we need to be cognizant of providing people choices in transportation and education and how to improve air quality in their own lives,” he said. 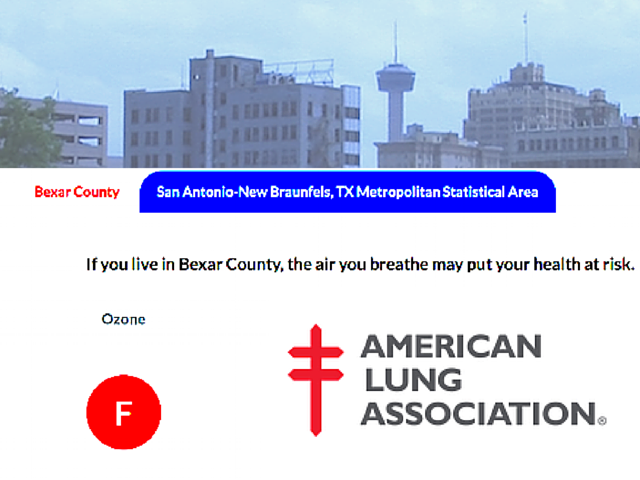