At court, Planned Parenthood argues against removal from Medicaid

Lawyers for Planned Parenthood argued in federal court on Tuesday there could be devastating consequences for low-income Texas men and women if the reproductive health provider is kicked out of Medicaid.

In the first day of a multi-day hearing in the U.S. District Court in Austin, Planned Parenthood lawyers and witnesses said in front of a packed courtroom that ending the organization’s reimbursements from the joint federal-state health insurance program for the poor and disabled could endanger access to family planning services for Texas’ most vulnerable populations.

Ken Lambrecht, CEO for Planned Parenthood of Greater Texas, said on the stand that the organization tries “to remove as many barriers to care as possible” since patients oftentimes have inflexible schedules, live paycheck to paycheck and rely heavily on the organization for basic healthcare needs. He said it would be “unconscionable” if Texas removed Planned Parenthood as a Medicaid provider.

“[Patients] know us, they trust us ... my fear is they won’t know where to turn,” Lambrecht said of the potential for clinic closures and reduced services.

Gov. Greg Abbott and the Texas Health and Human Services Commission seized the opportunity to remove Planned Parenthood from Medicaid after national outrage over videos released by the anti-abortion group Center for Medical Progress. The group captured secret footage in April 2015 showing Planned Parenthood employees talking about selling fetal tissue. While the footage was later found to be heavily edited, state attorneys are using it as the crux of their case to show the women’s health provider obtains fetal tissue for researchers improperly.

During the hearing, state attorneys showed three clips from the videos. All of the witnesses who took the stand Tuesday said they had not watched all eight hours of video.

Melissa Farrell, research director for Planned Parenthood Gulf Coast and one of the main people in the videos, said on the stand that when she met with the fake medical representatives, she thought they were doing a preliminary meeting for a potential research partnership. But as the meeting went on she noticed they didn’t use proper terminology and didn’t have proper documents.

“I took it they were green,” Farrell said. “They didn’t know what they were doing. I figured I would educate them as the meeting went along.”

Farrell said the videos were “misleading” — that darkened lighting, ominous music and alterations made everything “sound scary and appear threatening.” There were so many versions of the video circulating on the internet, Farrell said, she’s “kind of stopped watching them.”

U.S. District Judge Sam Sparks refused to allow testimony from Farrell on how the videos have affected her life since being released.

“Like everyone's noses are different, every woman's uterus is different,” Fine said of how doctors adjust the procedure for patients.

Despite the back-and-forth over research, Sparks told Planned Parenthood lawyers about halfway through the hearing that he was far more interested in learning about services being provided, the clinics, the number of Medicaid patients who could be impacted and how the organization works with contractors and works with its affiliates.

“You can give me all of the baloney and use up all of your time, but I’m not interested,” Sparks said.

State attorneys are slated to start present their six witnesses on Wednesday.

Disclosure: Planned Parenthood has been a financial supporter of The Texas Tribune. A complete list of Tribune donors and sponsors is available here.

This article originally appeared in The Texas Tribune at https://www.texastribune.org/2017/01/17/medicaid-removal-could-be-devastating-planned-pare/. 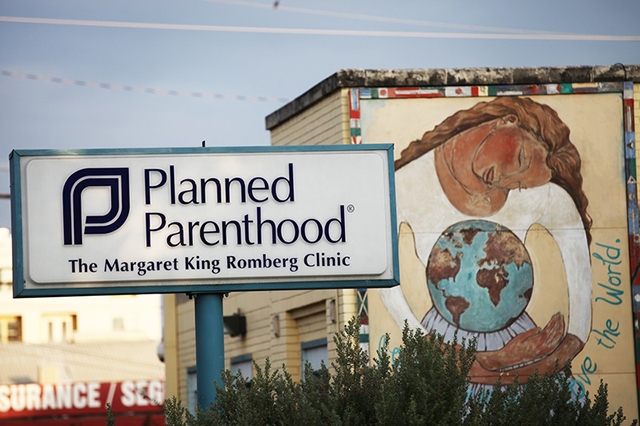