The event at San Antonio's Central Library was the first of five community workshops to get public input on long-range transit plans, to hear VIA officials lay out the need for a comprehensive, county-wide transit plan to meet the burgeoning demand for service.

You can watch, listen and see the online conversation in the videos below.

The first video is the introduction and overview, during which VIA presented alternatives for future high-capacity transit corridors, route realignments, different transit modes and other possible improvements, including a planned 'fast-track' train connecting the central city to outlying areas.

Part 2 is the group presentations that summarizing their discussions from the workshop. During the public workshop, participants were asked to set priorities for the various proposed corridors.

For more information, go to go to VIA's SmartWays site.

More people moving throughout an expanding region means VIA needs additional choices on how to move them. It's not as simple as taking a different bus.

The numbers are dramatic:

Significant growth is predicted along Loop 1604, particularly north and northwest of the city.  The South Side will see major growth south of Loop 410 between I-35 and I-37.

Such growth means that VIA Metropolitan Transit System’s ridership will likely grow from 7.5 million trips daily to 11.7 million in 2035.

VIA photos courtesy of Oran Viriyincy under Creative Commons. 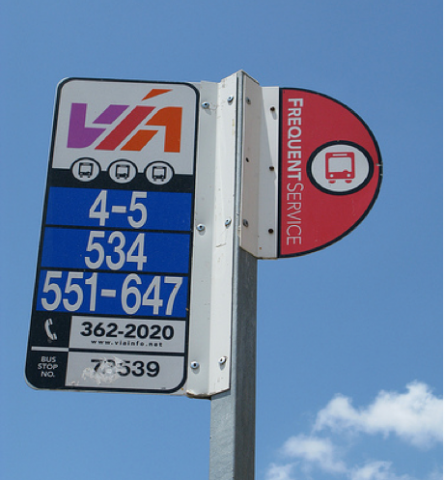