In an exclusive video interview with NOWCastSA, San Antonio District 1 Councilman Roberto Treviño said ride-hailing company Lyft agreed to return to the city under a pact that includes disclosing to riders - in its app - whether a driver passed a 10-fingerprint background check.

“This agreement is the first of its kind in the United States,” said Treviño.

“San Antonio is embracing innovative, new technologies that benefit its residents. We commend the city for welcoming ridesharing and we look forward to continuing to work with together,” said Lyft spokeswoman Chelsea Wilson in a statement.

“This has been a great week for innovation in San Antonio,” Mayor Ivy R. Taylor said in a news release issued by the city Friday. “We have developed a ride share business framework that meets the public safety considerations of the City, as well as requests from our residents to provide mobile transportation options in our community. The new agreement with Lyft provides San Antonians with the ability to make an informed mobile transportation choice.”

Earlier this summer, Taylor asked Treviño to work on a framework to bring the ride-hailing companies back to San Antonio. Uber and Lyft left last April after Uber helped Treviño rewrite the city's ride-hailing ordinance, then did an about-face and declared it too onerous because it requiried drivers to get 10-fingerprint background checks. (More on how that happened in this video and story.)

“We’re happy and excited to have created a creative solution, it’s all about consumer choice,” Treviño said. “Riders will be able to see in the profile, if the driver chose to go through the 10-fingerprint background check — that’s what’s key, it’s in the app.”

He also credited Deputy City Manager Erik Walsh with helping craft details of the 11-page agreement, which, in some respects, goes further than the city's earlier effort.

Treviño said the city would periodically offer drivers the fingerprint background checks for free, and while the tests are voluntary, customers would be encouraged to check for proof of the test in the Lyft driver's profile on the app. Drivers may also note in the app if they are Veterans or active members of the military.

“We really believe in consumer choice, and an informed one at that,” said Treviño.

The full city council is scheduled to vote on the agreement at its next meeting on Aug. 13. "It still has to go to a vote, it’s not a done deal, but this is the roadmap," he said.

The agreement also calls for Lyft to pay the city an “operating fee” of  $18,750.00 for the nine-month duration of the agreement.

Lyft will also be allowed to operate at the San Antonio Airport and pay the same $1 per ride fee that taxis now pay.

The ride hailing company will give the city origination and destination Zip Code data every 90 days, but the agreement says the city will treat that information as confidential.

Treviño said the nine-month duration of the agreement was designed to include both the year-end holidays and Fiesta, so the city could gather data on how many drivers take the fingerprint background checks and to see if Lyft drivers are responding to customers in all parts of the city and not discriminating against underserved areas.

The company agreed to participate in two town hall meetings with city leaders, police and the public during the agreement.

You can download and read the entire agreement here.

Lyft also agreed that drivers may not respond to hails on the street and may not use taxi stands.  Drivers also must accept passengers with service animals unless the driver has a medically documented condition preventing them from doing so.

The company also agreed to a zero-tolerance policy on the use of drugs or alcohol  and zero tolerance on discrimination on the basis of race, color, religion, national origin, sex, sexual orientation, gender identity, veteran status, age, or disability, harassment, or sexual harassment by any operator on the
Lyft platform.

On receipt of passenger complaints that a driver violated these policies, the company agreed to suspend the driver for the duration of an investigation.

Note: This article has been updated to include additional details and comment as they were received. 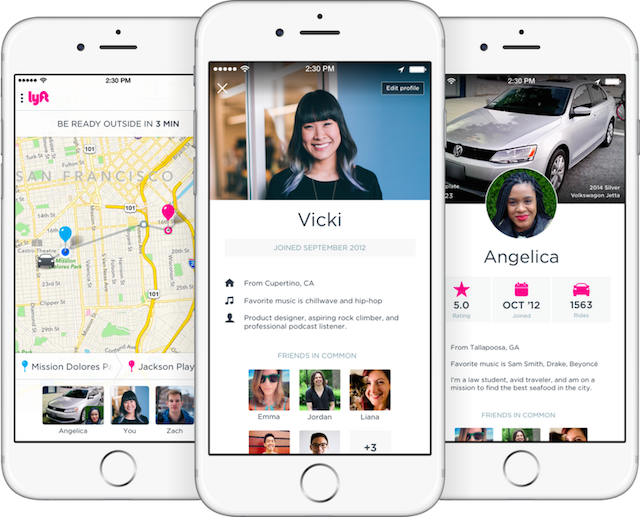