DreamWeek kicks off with messages of hope, understanding

Freezing (and in some cases, icy) weather did not dampen the spirits of more than 100 people who attended the DreamWeek San Antonio opening ceremony Jan. 6.

Gathered for a warm, freshly cooked breakfast at The Spire at Sunset Station, the attendees heard powerful words of hope, compassion and cultural diversity from guest speakers and organizers.

DreamWeek San Antonio has grown in size in the last few years. As recently as 2013, the overarching event featured more than 30 events.

It now has more than 150 activities, ranging from film screenings and panel discussions to concerts and culinary festivities, with the MLK Jr. March - scheduled for Jan. 16 - being the centerpiece.

Jackie Gorman, executive director for San Antonio for Growth on the Eastside (SAGE), praised the San Antonio MLK Jr. Commission and other partner planning groups at the opening breakfast.

“We’re standing on the shoulders of giants. I’m excited about what God is going to do with this march,” Gorman said.

Mayor Ivy Taylor said, despite the recent political and cultural discord felt nationwide, it’s vital for communities to continue properly honoring the memory of King and his work.

"It’s entirely appropriate, especially in these days and times, that we would be reflecting on where we’ve come from and thinking about what work is necessary to bring Dr. King’s dreams alive,” she added.

Taylor said she feels Dr. King’s work is perhaps best reflected, locally, in how all people can be better connected to opportunities toward prosperity.

"Of course, you can’t be connected to opportunities for prosperity if you’re not treated with respect,” she added.

The mayor said instead of focusing on the things that divide Americans, people should concentrate on what brings everyone together.

She continued: “Even through we may feel challenged or concerned with what’s happening at the national level, we must focus specifically on San Antonio, on what our challenges are as a community and how we all can work together to bring that dream to life here.” 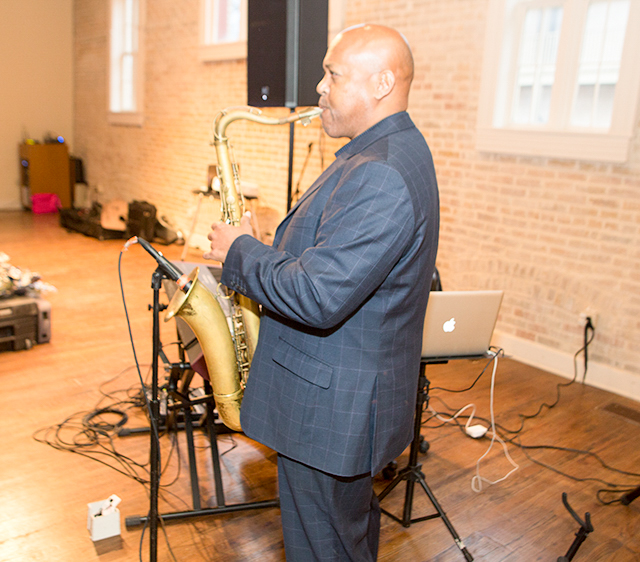 Ed Newton, the keynote speaker, is marking one year as lead pastor at Community Bible Church. He recalled growing up the son of deaf parents in subsidized housing.

Newton spoke of enduring adversity through his teenage years, including struggling to graduate high school and get into college.

But, as he put it, Newton found salvation with Christ. His grandmother scraped together enough money to help him start his college career, which culminated in his earning a doctorate.

Newton’s family of four now includes his Filipino wife, three daughters, and an adopted son originally from Nigeria. Newton said he often sees people in public staring at him and his family.

The adversity of his past, and the occasional racial misunderstandings he and his family face, help to shape his life and his message, Newton said.

Newton explained this adopted son, Lawson, has occasionally questioned why people see his family in a different way.

Newton also recalled living in Memphis, Tennessee, where King was assassinated in April 1968. He showed a photo of his young son holding up a peace sign with his fingers from atop the very motel balcony where King was slain.

Newton said American society has made much progress from the turbulent civil rights era, but it has a ways to go.

“Dr. King, your dream came true, but this is not just about children (of different colors playing together),” he said. “The dream is that we live together and share lives together, and see each other as sons and daughters.”

Shokare Nakpodia, president of the nonprofit DreamVoice, highlighted some of the featured DreamWeek events that lie ahead. Those events include:

Shokare, among other speakers, encouraged attendees to make it to as many DreamWeek activities as possible.

"Let's make it even bigger this year," he added. 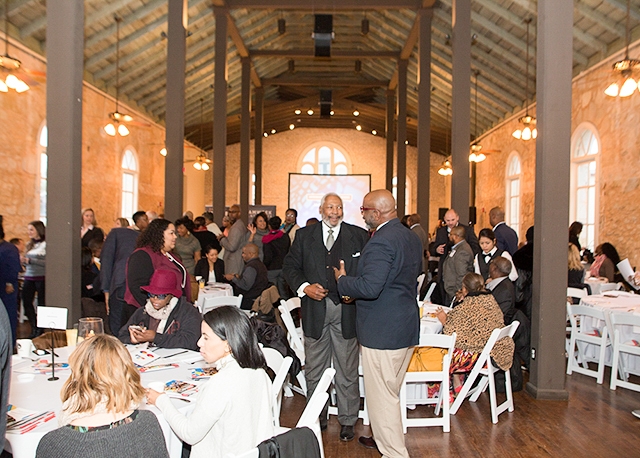