On Thursday, March 1, two major organizations operating on the East Side are announcing a marriage of resources and efforts that could forever change the neighborhood’s physical appearance, employment opportunities, and educational outcomes.

The San Antonio Housing Authority’s Wheatley Choice Neighborhood and the United Way’s Eastside Promise Neighborhood programs are holding a community-wide meeting to discuss what to do with a federal investment of up to $54 million coming into the city’s historically African American neighborhood.

Dinner, child care, transportation and simultaneous Spanish translation will be available for participants of the meeting, which will take place from 5 to 7:30 p.m. at Wheatley Middle School, located at 415 Gabriel Street.

“Let’s call it our wedding ceremony,” said Henrietta Muñoz, director of the Eastside Promise Neighborhood. “We want to celebrate that this is happening and we want to invite everybody to help make it happen.”

See our three documentaries on the Eastside Promise neighborhood: Part One, Part Two and Part Three.

SAHA’s Choice Neighborhood program is applying for an additional $30 million from the Department of Housing and Urban Development to redevelop Wheatley Courts and its surrounding neighborhoods into a new mixed-use, mixed-income housing development.

The two groups are working together to leverage funds, to ensure both sets of dollars are being spent efficiently and not duplicating efforts, and to increase the likelihood that SAHA’s Choice Neighborhood program will receive the $30 million to carry plans through.

“It makes sense to merge the two initiatives because we’re in the same neighborhoods,” said Arrie Porter, the program manager for the Wheatley Choice Neighborhoods Initiative.

During the Thursday night meeting, residents and service providers will discuss the concerns that have been brought up during past Choice Neighborhood workshops, as well as learn about the programs that the $23.7 million Eastside Promise initiative will fund. Participants will also have an opportunity to prioritize the types of programs that the Choice initiative should fund.

“Thursday we’re going to discuss where we are, having an understanding of the present,” Porter said. “And also, we want the group to start thinking about the future, which we will be discussing Friday.”

The Wheatley Choice Neighborhood initiative will continue to have meetings on Friday and Saturday, during which participants will map out where new neighborhood resources – such as libraries or police store fronts – should be located.

“The second day (will focus on) the future,” Porter said, about the Friday meeting. “That will be a working session. We’re going to have maps and have people draw on these maps.”

The third day will be a review of the work accomplished on Thursday and Friday.

By working with Eastside Promise, the Choice program has a stronger chance of winning the $30 million implementation grant from HUD.

“In essence we’re talking about the possibility of $54 million from the two grant initiatives, if we get the implementation money,” Porter said. “And that’s not including other investments. There will be other partnerships that will evolve after we receive that money. We’re very excited about this. We can leverage and in fact we are tasked to leverage. If we get this $30 million, that’s going to bring excitement, intent, and investment to the East Side like we haven’t seen in my lifetime.”

Muñoz added that this infusion of money into the East Side will have a transformative effect on the neighborhood, akin to the Civil Rights Movement.

“We’d like for the entire city to be rallying around the Choice and Promise neighborhood efforts,” Muñoz said. “It’s a grand effort in our lifetime to have these grants in one particular neighborhood. We invite everybody to participate and invigorate and help make a change. You can become involved and help redesign history.”

For more information, go to the Eastside Promise's website.

Disclosure: NOWCastSA also is a partner in the project and is scheduled to receive $50,000 a year in funding from the grant for the next five years. 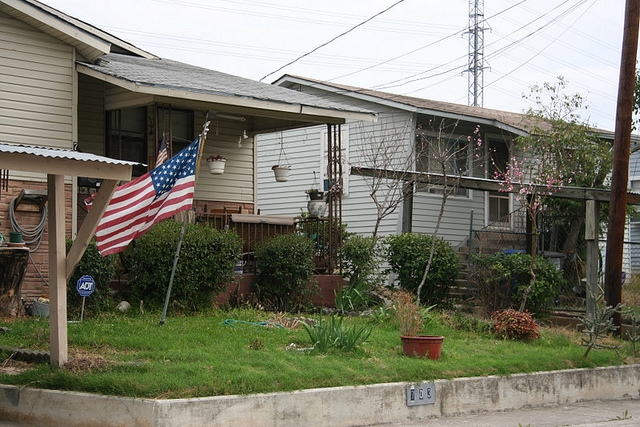