Enroll in Obamacare to save money, get free preventative care and avoid tax penalties

Open enrollment for health insurance through the Affordable Care Act, or Obamacare, for 2015 began Nov. 15 and extends through Feb. 15, 2015. To get this information in Spanish go to https://www.cuidadodesalud.gov/

What happens if you already have a health care policy?

If you do nothing, you'll be automatically re-enrolled in that plan on Jan. 1.

What are the deadlines?

If you are not already in a plan, the deadline to enroll is Dec. 15 so you will be covered on Jan. 1, 2015. The enrollment window stays open until Feb. 15. If you don't enroll by Feb. 15, you could face tax penalties and be liable for all of your health care costs, including preventative care, which is free under the Affordable Care Act.

U.S. citizens and permanent residents are eligible to enroll unless they are currently incarcerated. Medicare recipients are not eligible. Those with job-based coverage are eligible but, depending on the coverage and cost of their group plan, they may not be eligible for tax credits and other cost savings.
Individuals and families who have 2014 policies should have received a letter from their insurance company, informing them whether their plan will continue to be offered in 2015 and, if so, assuming 2015 income is the same as 2014, how much the plan will cost.
Current policy holders can review available plans by visiting www.healthcare.gov, by calling the  Marketplace help line at 800-318-2596 or by contacting The Med Team at 844-660-9435 to schedule a private appointment with a certified Marketplace Navigator for assistance. You can decide whether to continue in 2015 with their 2014 plans or select new ones.

Based on my initial study of 2015 plans offered in this area, I highly recommend that all current policy holders review the available plans and prices. Across all U.S. counties, based on available data from the Kaiser Family Foundation, increases in premiums this year are modest, averaging 2% to 4%. In the state of Texas, premiums increased an average of 5.1%. In my home county, Comal, the premium for the least expensive Bronze (high deductible) HMO plan, before any tax credit that may be offered, is 12% higher in 2015 vs 2014. However, the least expensive Bronze PPO-like plan, with a wide network of doctors, is 3% less expensive in 2015 compared to 2014.

As it has been many months since most used their Marketplace accounts, many will have forgotten their user names and/or passwords. Current policy holders can retrieve these by following the instructions on www.healthcare.gov or by seeking help from the resources mentioned above.

Current policy holders should, in any event, estimate their anticipated income in 2015. If the projected 2015 income is substantially greater or less than their 2014 income, they should reapply using the expected 2015 income as their tax credits and other cost savings will vary based on income.

How do I get started?

Those who did not enroll in 2014 can investigate their insurance options, using the same resources mentioned above for current policy holders.

Do I qualify for a subsidy?

What does it cost to do nothing?

Everyone is required to have health insurance that meets the standards outlined in the Affordable Care Act. Anyone without health insurance in 2015 will pay a tax of $325 per adult family member and $162.50 per child or 2% of family income less the minimum income for tax filing ($10,000 for an individual and $20,000 for a family), whichever is greater.

If you or members of your family are currently uninsured, you should make it a priority to investigate whether you can get affordable insurance through the Affordable Care Act. Much has been written about the law that is inaccurate, in many cases for political gain.

What are the benefits?

The Affordable Care Act already is helping hundreds of thousands of Texas, many of whom have never before possessed a health insurance policy. These people can get yearly preventive care at no cost, can see a doctor at network-negotiated rates and have freedom from fear that one serious illness or accident will lead to bankruptcy or long-term debt.

A person I helped to enroll last December had a major heart attack a month after his policy took effect. The bill for his treatment and recovery was $88,000. His portion of the bill was $1,300, which was his maximum out-of-pocket cost for the policy that he purchased.  Stories similar to this one are common.

Don’t leave yourself exposed to the personal financial impact that a major medical incident can cause. Go to the website now and enroll or seek help from the government help line or a Navigator in your area. 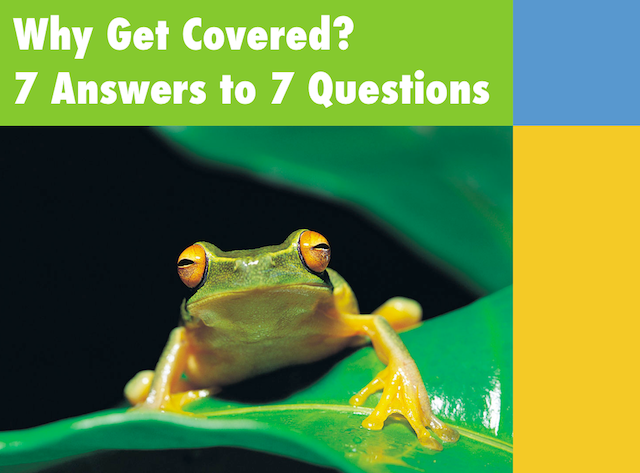