Loved ones, friends and classmates of Cameron Redus gathered outside the University of the Incarnate Word on Dec. 6 for a candlelight vigil.

There, they recalled Redus as an unselfish, upbeat young man who held strongly to his faith and convictions.

On Dec. 6, 2013, Redus, a UIW senior, was fatally shot by then-campus police officer Christopher Carter in an off-campus traffic stop. Redus was 23.

Authorities claimed Redus attacked Carter in the early morning incident. Family, friends and other community members said Carter was unjustified in the shooting. An autopsy showed Redus was shot five times, including in the back.

A grand jury opted not to indict Carter, who resigned later. Redus’ family filed a wrongful death lawsuit against Carter and the university. The Texas Supreme Court earlier in December 2016 heard UIW’s argument for immunity in the lawsuit.

Those attending the candlelight vigil focused their attention on Redus and the life he lived.

Viewers can watch a brief video from the vigil below:

“He’s someone who gave of himself all the time, 100 percent, always willing to help someone out,” Guajardo added.

Another former classmate, Aleah Rosales, said Redus went out of his way to make others feel important.

“It’s not a very common trait in this age. He took the time to get to know you,” she added.

Cameron’s parents Mickey and Valerie tearfully paid tribute to their son. Valerie read aloud one of Cameron’s many journal entries.

Below is a small photo gallery from the vigil. 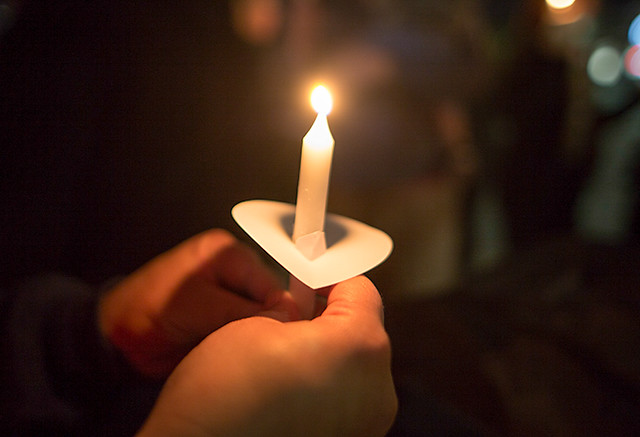 Valerie highlighted her son’s particular interest in helping those less fortunate. Like one time he was leaving a store on Austin Highway and saw a wheelchair-bound man. Both legs amputated, the man held up a sign, saying he was hungry, according to Cameron’s entry.

Cameron took advantage of a chance to get out of his car and bring the man six dollars in cash. Cameron noticed another person who brought food to the man and prayed for him. In his entry, Cameron wrote that he cared not how the man would use the cash. All that mattered to Cameron was that the man in the wheelchair was in greater need than himself, Valerie noted.

“This is Cameron. I want all of you to remember and I want the world to know,” she added.

Mark Hall, a family friend, said Cameron was a living example of Christ’s teachings of compassion, understanding and helping the less fortunate. It’s also symbolic of the beliefs instilled at UIW.

“My hope is, regardless of what we see others do, that we will pursue that standard.”

Hall led the group in prayer, hoping that everybody else could live up to the standard by which Cameron lived.

UIW Professor Joseph Lopez said the vigil was more than a remembrance of Cameron. It was a reminder of what the university should stand for.

“I just really hope that the school that I work for gets back to the tenets of the University of the Incarnate Word,” Lopez said. “I really hope the school finds its way and shows compassion and in the courtroom they show they follow the tenets that they themselves set forth.”

The group ended their vigil by singing “Silent Night.” 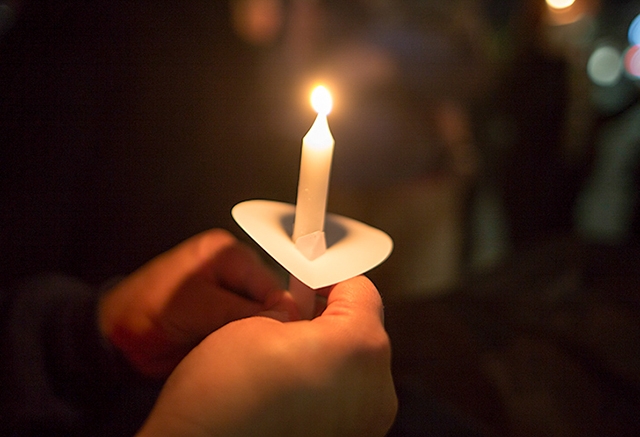