A federal judge in San Diego on Tuesday barred the separation of migrant children from their parents and ordered immigration officials to reunify within 30 days families that have been divided as a result of a zero-tolerance policy enforced by the Trump administration until last week.

Judge Dana Sabraw of the United States District Court for the Southern District of California granted a preliminary injunction sought by the American Civil Liberties Union.

An executive order issued by Trump last week ended the policy of forced separation, replacing it with family detention, but about 2,000 children remain split from their parents. The government had urged Sabraw not to grant the injunction, saying the president’s order, which followed days of bipartisan outcry, had resolved the concerns of the suit.

A mother and her 6-year-old daughter, split up after arriving in the United States in November in search of asylum from religious persecution in the Democratic Republic of Congo, were at issue in the ACLU’s suit. The pair were reunited in March, but the civil-liberties group is taking up class-action claims by other migrants.

The federal court said all children must be returned to their families within 30 days. Children under 5 must be reunited with parents within 14 days.

This article originally appeared in The Texas Tribune at https://www.texastribune.org/2018/06/26/federal-judge-blocks-separation-migrant-children-orders-family-reunifi/. 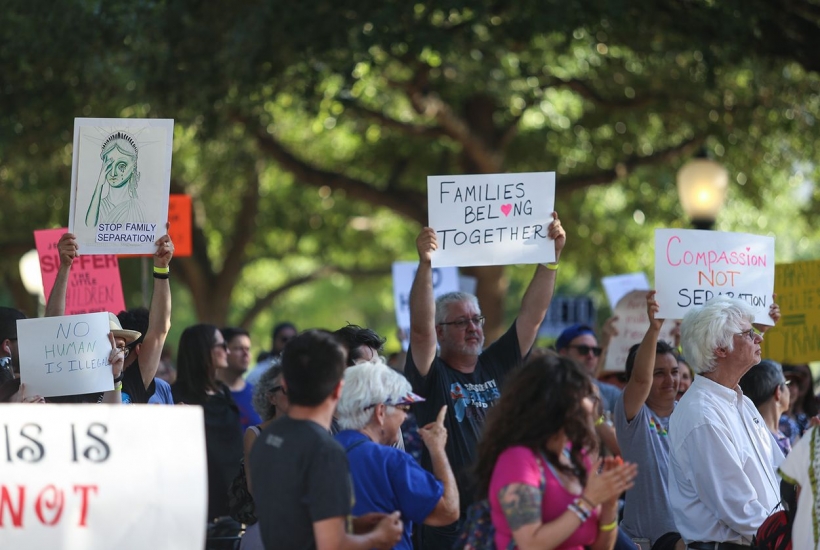