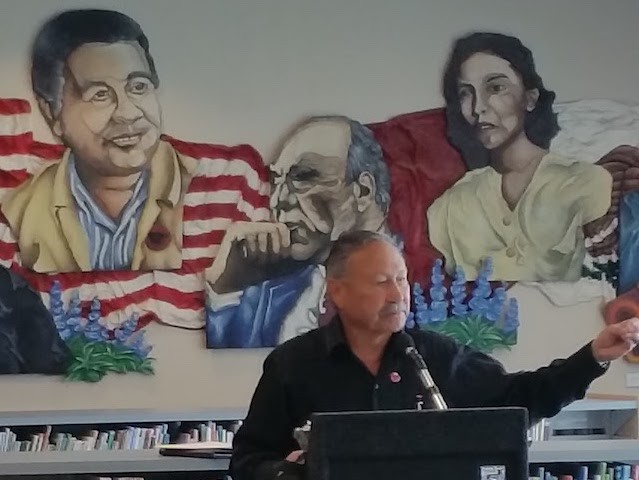 Arturo S. Rodríguez recalled what his parish priest at St. Margaret Mary Catholic Church told him after joining the first farm workers’ melon strike in Rio Grande City and getting arrested back in 1966.

“He came back told us about César Chavéz, and said, ‘Gosh this man is really doing it  - what we all should be doing. Fighting for social justice, for the farm workers, for the poorest of the poor, for the women, the men who harvest our fruits and vegetables.’ ”

As Rodríguez spoke, the image of César Chavéz smiled down from the wall behind him in the Las Palmas Branch Library on San Antonio’s west side.

Chavéz was co-founder and the first president of the United Farm Workers union. His friend and protogé, Rodríguez became the UFW’s second president, and the husband of Chavéz’ daughter, Linda.

Watch full video of Rodríguez’ conversation about the UFW and its evolution on April 25, 2016, in advance of the 50th anniversary of the farm workers march from the Rio Grande Valley to the state capital in Austin.

Click here to learn more about the UFW and Rodríguez 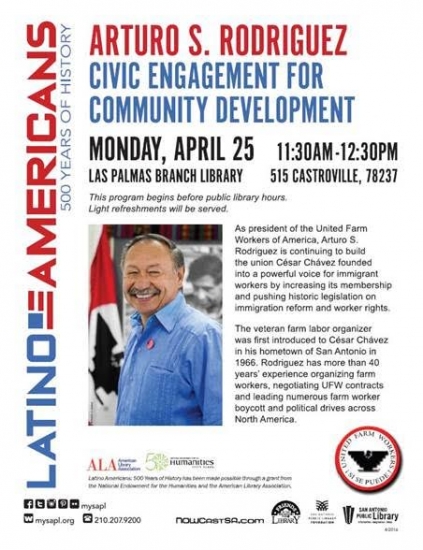