Reyes was born to Erasmo and Florencia Rodriguez on Nov. 6, 1936 in Charlotte, Texas.

As a child, he spent several years at St. Peter's and St. Joseph's Children's home in San Antonio.

Early on, the couple worked at the Five Points Restaurant. Reyes worked there for ten years, starting as a line cook and eventually becoming the lead chef. Lucy waited tables at the restaurant for about 25 years.

Reyes went on to work for the Army and Air Force Exchange Service (AAFES) as a civilian or federal employee, first at Kelly Air Base and then at Lackland Air Force Base.

Reyes was devoted to his family and to his grandchildren: Lola Rodriguez, and her brothers, twins, Antonio Rodriguez and Reyes Rodriguez. The youngsters were raised by Reyes and Lucy and lived in their home in San Antonio's Beacon Hill Neighborhood.

After retiring, Reyes was involved in several organizations and was an active volunteer. He was honored as Volunteer of the Year by the San Antonio Food Bank for his work with Community Angels. He also enjoyed fishing, hunting and playing pool.

Lucy, who was a member of the Guadalupanas and served as a volunteer for various non-profit organizations, died on May 16, 2011. She was 74.

Reyes  is survived by two brothers, Frank Rodriguez and Marcos Rodriguez; his daughters, Florencia, and her husband Mike Cox, and Maria; his grandchildren, Lola, Antonio and Reyes, along with numerous cousins, nieces, nephews and friends. 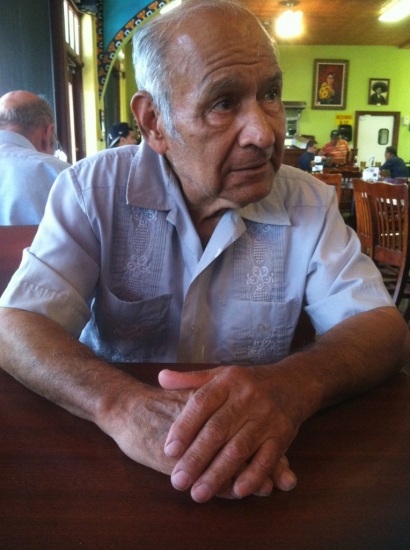