Country superstar George Strait is lending his voice pro bono for several TV and radio spots as part of a Comeback campaign, “Find Yourself in Rockport-Fulton,” to help revitalize tourism after Hurricane Harvey wreaked destruction on the Rockport and Fulton communities Aug. 25, 2017.

The two TV commercials will begin airing June 18 on San Antonio TV stations and Austin, while the three radio spots will air in the Hill Country and New Braunfels. They were a collaborative effort created for the Rockport-Fulton Chamber of Commerce by San Antonio-based Helen Thompson Media, The Pulse Group of Austin, and Jeff Hunt and Andrew LaVanway of ICF of Fairfax, Va. In addition, Strait’s “Back to Being Me” is played in the background of the TV commercials as he provides the voiceover.

“Hello everybody. This is George Strait, and I’ve traveled all over yet there’s no place I’d rather be than right here in Texas,” he says in the TV and radio spots. “One of my favorite places is the Rockport-Fulton area on the coast. Every time I cross over the Copano Bridge to see that beautiful bay, it feels like home. I hope you find yourself in Rockport, Texas soon.”

Betty Hattman, chairman of the Board of the Rockport-Fulton Chamber of Commerce, said the Come Back Campaign is a major step in the recovery process of the Gulf Coast communities.

“Tourism fuels the economy of Rockport-Fulton. Prior to the storm, direct spending numbers from tourism were reaching $101.1 million annually,” Hattman said. “Tourism for Aransas County employs more than 1,300 people contributes $1.4 million to local government and $5 million to state government coffers. We are going to lose what businesses we have if we don't get the economy back flowing.”

Paula Dean, chairman of the Tourism Development Council of the Rockport-Fulton Chamber of Commerce added that “the creative aspect of the campaign reveals the feeling in all of us as we describe the mystical, spiritual affection we have for the Rockport-Fulton area.” 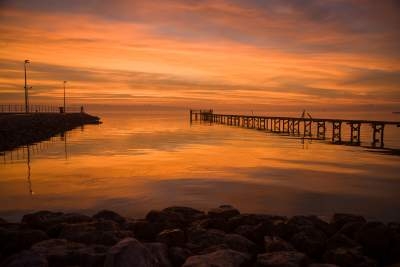