Hope for Humans, a non-governmental organization (NGO) serving the northern region of Uganda, was awarded the 2013 Neuro Film Festival Grand Prize by the American Brain Foundation on March 22, 2013. An award and check were presented to Dr. Suzanne Gazda, a San Antonio neurologist and the Co-Founder and President of Hope for Humans, at the American Academy of Neurology 2013 Annual Meeting in San Diego, CA.

The film follows Dr. Gazda and Hope for Humans Co-Founder, Sally Baynton, Ph.D., to a care center they established in Odek, a small community in northern Uganda, that has seen hundreds of children between the ages of five and 15 suffer from a neurological disease called Nodding Syndrome. Although there is no known cause or cure for this mysterious disease, Hope for Humans works to provide treatment to children, support their families, and explore possibilities for curing Nodding Syndrome. More than 7,000 cases of Nodding Syndrome have been diagnosed in Northern Uganda.

“This is the most horrific disease I have seen in my 30 years of practice,” said Dr. Gazda. “This award is helping us showcase a neglected disease that is silently killing thousands of children in post-war Northern Uganda. Nodding Syndrome is not only killing children, but also ruining families and destroying a culture of people that is relatively unknown in the rest of the world.”

Last year, a call was put out to neurology patients, caregivers, and others to submit a video sharing a personal story about why more money is needed in finding cures for brain diseases. The Hope for Humans documentary, produced by Micro-Documentaries in the San Francisco Bay Area, was chosen from 80 documentaries that were entered into the contest. The Neuro Film Festival is a contest held by the American Brain Foundation to help raise awareness about brain and nervous system diseases and the need to support research into preventions, treatments, and cures.

"For us winning the grand prize is more important than winning an Oscar,” said Natasha Deganello Giraudie, CEO and Co-Founder of Micro-Documentaries. “Hope for Humans is addressing a vital area of need, and helping them showcase their story for an audience of brilliant neurologists who might help unlock the mystery of a disease that is devastating the lives of children is a dream come true."

About Hope for Humans
Hope for Humans is a 501(c)(3) nonprofit organization dedicated to improving the quality of life for the people of northern Uganda. An estimated 7,000 children between the ages of 5 – 15 suffer from Nodding Syndrome, a mysterious neurological disorder identified by the telltale “nodding” seizure. The disease causes stunted physical growth and cognitive development, leading eventually to severe mental retardation. Hope for Humans creates awareness of the disease and raises money to support the care center in Odek, including medication, staffing and other resources needed.

About Micro-Documentaries
Micro-Documentaries makes 1-2 minute documentary style films to help purposeful businesses and nonprofits move their missions forward.  They work with a broad range of social and environmental innovators, including Stanford University, the Clinton Global Initiative and eBay's Social Innovation team, creating personal and powerful stories and original content about their work, their impact and the future they envision. In contrast to traditional commercial video production, they create short documentary-style films for purposeful companies and nonprofits that are authentic, actionable and affordable. 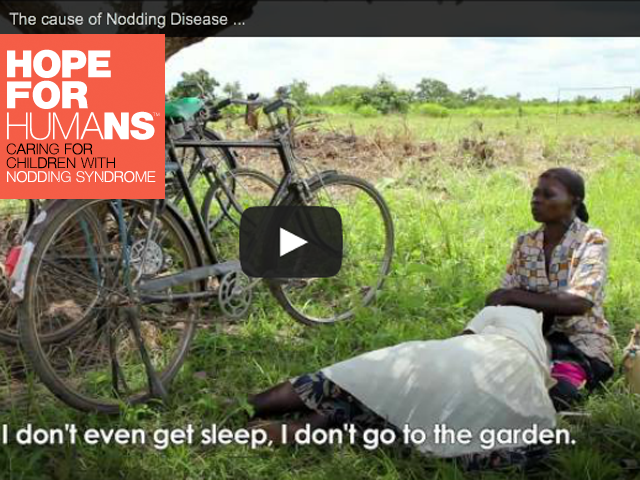