How to Talk to Children After the Election

This past week, I’ve walked miles. Walking changes the nature of my thoughts. It helps me make sense of things I don’t understand. And boy, have I needed to walk off this election.

Exactly one week after Election Day, the sky over my upstate New York home opened up and torrential rain fell for hours … raining havoc on my ability to get out and walk.

Like balm for the parched earth (the current drought monitor placed us in a severe drought zone), the pelting rain sank deeply into the ground around my home, as it simultaneously seeped into my basement. This left me cooped up in the house voraciously reading the news, worrying about the president-elect’s questionable team choices, viewing ongoing Facebook arguments, answering “What’s next?” email inquires from climate colleagues … and now having to deal with a flooded basement.

Instead of fishing out towels to sop up a puddle the size of Texas that was becoming uncorralable, I escaped to a warm, dry coffee shop, just as the local children were getting out from school. I watched a stream of moms, dads and school kids duck into the coffee shop for an afterschool treat.

My kids are older now, but I recall how they loved a rainy day pick up and then a fancy hot chocolate at the coffee shop.

A mom and her son slid in next to me on the bench and I overheard him ask, “Mommy, what makes America great?”

“You do, Sweetie. President John F. Kennedy said, ‘Children are the world’s most valuable resource and its best hope for the future.’”

The boy sat straight up and blurted, “One day, I want to be a president like that.”

Pausing to carefully choose her words, the mom said, “Of course you can. Anyone can be president.”

How ironically true. Anyone can be president.

As many of us struggle to make sense of this fact, it’s our job to protect our children and help them deal with their fearful feelings.

Yet, so many children clearly heard our president-elect talk about sending families back to Mexico. Children saw him mock people with disabilities and demean women. Some listened to parents say they were moving to Canada if he gets in. Many children even stayed up election night to witness history in the making. Instead, they watched emotional CNN reporter, Van Jones look into the camera and ask, “How do I explain this to my children?”

It’s nearly impossible to keep children out of the noisy news fray.

So what is it about America that makes it great for our kids? And how can we talk about something that we are having trouble sorting out ourselves?

Politics is emotional, and as Leslie Bushara, a mom, and the deputy director of education at the Children’s Museum of Manhattan says, “This is a time to explain to children that democracy is messy. When you can, talk with your children about what President Obama called, ‘the boisterous diversity of our country.’ Help young children understand that like a family, we won’t always agree as citizens, either.”

Like President Obama said, “We’re all on the same team.” And Americans are allowed to disagree.

Children need to know that citizens are permitted to peacefully gather and protest what they do not agree with.

When I was a teacher, my students and I had endless conversations about how to be humble, gracious winners; not sore losers. We talked about bullying, posturing superior behavior and being kind, generous and helpful.

Children need to know their parents still hold tight to virtuous beliefs and values, despite how ill behaved our president-elect acted during the election.

You may not feel safe, but children need to feel that they are. They need to know that just because our country will have a new president who may have very different ideas and opinions than ours, their lives will not change. If age appropriate, explain the political process — congress, bills, voting.

Children need to know that when politicians say things we think are wrong, just because they said it, doesn’t mean it’s ok.

For our work on climate change and toxic chemicals, we will continue to report and respect sound science. And we will hold those accountable who do not. There are many forces of good in this country. The field of climate science overflows with ethical scientists telling us we must curb polluting fossil fuel emissions and transition to healthy, clean renewable energy.

Children need to know this is a message every mom in this country can love.

The kids are listening, they’re learning by our example. Show them you have a strong voice.

As I polished off my coffee and watched the mother and son exit the coffee shop into the late day sun, I decided to take a short walk.

Then I headed home to mop the basement.

Ronnie Citron-Fink is a writer, editor and educator. She is the editorial director of Moms Clean Air Force. She has written and edited thousands of articles about green living and the environment for websites, books and magazines. Ronnie is the creator of Econesting. Her posts can also be found on Huffington Post, Care2, Planet Green, Inhabitat, Yahoo!Green, Treehugger and other sites. Ronnie was named one of the Top Ten Living Green Experts by Yahoo. She has been a contributor to Family Fun and is included in their books. Ronnie was a teacher for many years and is the mother of two children. 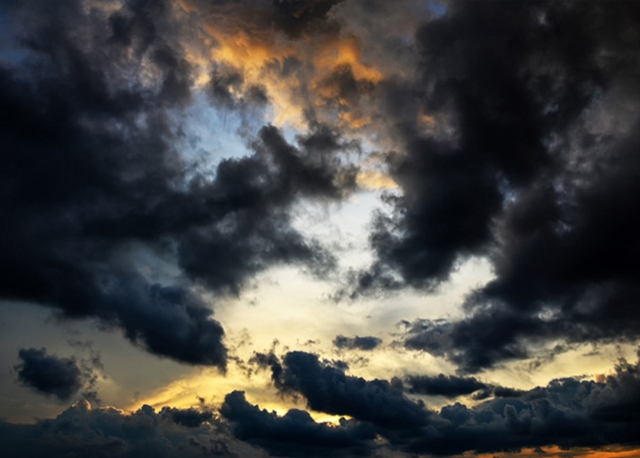