Construction started on the four intersections of Frio Street on Oct. 6 and is expected to last about a month. While the intersections are closed, cars and buses will be directed to alternate routes.

Improvements for Frio Street from Cesar Chavez to Houston Street include reconfiguration of existing travel lanes to accommodate 5’ bicycle lanes, four vehicular lanes, and a median that will serve as a center turn lane.

All improvements are being made possible through the 2012-2017 Bond Program and should be finished by the spring of 2018. 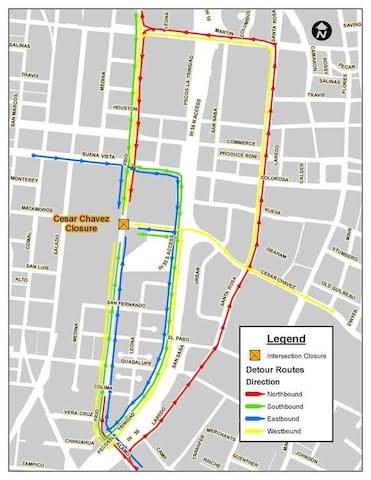