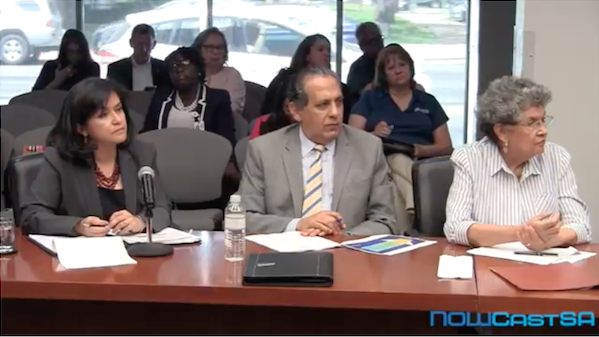 On CCHIP. Everyone asks me why I am silent on the issue in public. I have been silent because I have been gathering my thoughts and considering as many angles as I can see, as carefully as I can. Here is my public statement:

This post is mostly for San Antonio locals but others in cities where housing affordability is becoming an issue may find it of interest. It is very long.

At the dawn of the Decade of Downtown a few years back, we as a community almost unanimously decided we would invest in our inner city because it and its' surrounding neighborhoods had seen precious little since the white flight of the fifties and sixties.

Our downtown was dead after 5 p.m. except for some tourist activity and our historically underserved neighborhoods languished with failing infrastructure and crime. We set out to attempt to reverse the course of history and stabilize our inner city.

My firm was part of the team that did the economic analysis for the Downtown Strategic Framework Plan. This is the underpinning of a series of incentives such as fee waivers and tax rebates that were to lure private investment back into our core. This was championed by then Mayor Julian Castro and just about everyone else including all the neighborhoods.

Well, I think it worked.

Nationally, every city of any size has seen a return of private investment to its core over the last decade or two, so I'm not sure if these incentive policies actually caused it or if they just greased the lightning. I suspect the latter but the result is the same in either case.

We are close to meeting our goal of 7,500 new units in the Downtown area and headed toward stretch goals. Folks are moving into the Downtown neighborhoods in droves and that's what we all intended.

Alas, $1 billion plus dollars of private new construction housing investment that the incentives leveraged in such a relatively small area have created some unforeseen side effects. In hindsight, a population and capital shift of that magnitude is bound to do so when it is deployed in the poorest part of the city but hindsight is 20/20. This investment strategy has been laid over some of the lowest-income census tracts in the nation: neighborhoods that were financially unprepared for the tidal wave.

I watched the deliberations of Mayor Castro's Housing Task Force that was created because of direct displacement at the Mission Trails trailer park which many say was a result of public investment in Downtown and the River Improvements Project.

I was later appointed by Mayor Ivy Taylor to serve on the Housing Commission that arose from those deliberations. I served there for three years and became increasingly aware of issues that were emerging through citizen testimony, conversations, and my own research.

Price pressure is on neighborhoods even further afield down the Mission Trail and in places like Collins Gardens.

Initially I couldn't believe the negativity that I was hearing. It seemed so counter intuitive. Why would people be upset that their property values were rising?

Wouldn't this huge increase in value just be a massive boon to those who have been historically denied access to wealth building and capital?

When I was appointed to Mayor Nirenberg's Housing Policy Task Force I had the opportunity to really drill down into this. The anecdotes I heard through testimony and conversations with the Housing Commission multiplied tenfold through massive community conversations. I heard of displacement and cost burden on a significant scale.

The research we did with our economists and experts lent credence to these anecdotes.

I finally understood that if a family or a senior citizen is on a fixed income of $30,000 per year and owns their home, a 500% increase in property taxes is unsustainable, even if it's capped at a 10% assessed increase per year.

These are people that were already making hard choices between paying for prescriptions or utilities.

These are people that do not have the income to allow them to access the equity in their homes.

You have to be able to service the debt to be able to take it on. So they become victims of house flippers who offer cash far below the value of their asset to "get them out of their predicament.”

I learned that when a single mom of two earns $20,000 per year in a service job near where she lives, $800 per month rent (when previously it may have been $400-500) means she needs two or three of jobs or she needs to move. She's then commuting, and that causes all sorts of affordability quality of life issues and negatively impacts her children's futures.

So today, we debate the future of our center city investment policies.

I firmly believe that the Center City Development Office under Assistant City Manager Lori Houston has the best interests of the citizens of San Antonio at heart: that these are good people and devoted public servants doing their best to serve us.

I have watched Lori work incredibly hard over the last few months to try develop a public policy that is focused on our imperative goals: reduction of carbon footprint through the curbing of sprawl, provision of greater access to quality food, education, and services through tied-in housing opportunity as she works with our Housing Services department, better transit options that cut the massive transportation cost burden experienced by San Antonians, and much reduced cost of city services on a per capita basis.

I am now seeing her team begin to engage in outreach to affected communities and for that I salute her. Alas, this is too big for one small department in my opinion. The stakes are too great. We should devote more resources to these efforts in the form of paid consultants.

I think maybe in a few years we will, but only if we do not follow the recommendations laid out in the Housing Policy Framework.

My colleague Maria Berriozabal has a much more in-depth prescription, but at a minimum, IMO we must do this (verbatim from the Housing Policy Framework):

Strategy: Require public agencies to conduct a displacement impact assessment for any public project that receives $15 million or more in public investment and to budget for mitigation.

The proposed CCHIP revisions that council will be voting on as a single item are MUCH more than a $15 million investment in downtown.

Furthermore, a study was done by NALCAB for the City (through the Housing Commission on which I served) and released earlier this year.

It directly links these massive public investments we've been engaged in to the destabilization of neighborhoods around downtown. One of the chief recommendations of the report is to do the study the Housing Policy Framework calls for.

I am not saying that we should not do CCHIP or other such investment strategies in our Regional Centers and Transportation Corridors. FAR from it.

What I am saying that if we are to avoid the fate of all of our sister cities around the nation, and be a city that values and protects every citizen, no matter their means, we need to understand and quantify the negative implications of this investment strategy and ensure that we are devoting whatever resources are necessary to mitigate them.

It could be before we enact the revised CCHIP, or perhaps during its two-year trial period but it needs to happen. Too many voices have spoken to not act.