In November 2010, voters approved -- by an overwhelming margin -- a $515 million bond package for the San Antonio Independent School District.

The bond included a proposed $35 million for renovations to Alamo Stadium and the Alamo Convocation Center next door. What has been of contention since before the election is the specifics of those renovations for Alamo Stadium, including the potential placement of a professional-sized soccer field inside the stadium. A new field would require the removal of a track currently bordering the regulation football field.

Editor's note: This story has had additional links added below to update the situation.

Previously, the district has been courted by Spurs Sports & Entertainment to partner and allow a professional soccer franchise to play inside the stadium, but any partnership would require a larger soccer field than the stadium currently holds.

Did voters know the proposed renovations could include removal of the track? Radle held a news conference on Friday, Dec. 9, to release the results of a self-funded phone survey in which a wide majority of respondents stated they didn't believe the track removal was included in the renovation statements of the bond.

Below is a collection of stories from around San Antonio that further bring the issue into focus. We'd like to know what you think:

Photos courtesy of Google and The Army All-American Bowl's Flickr. 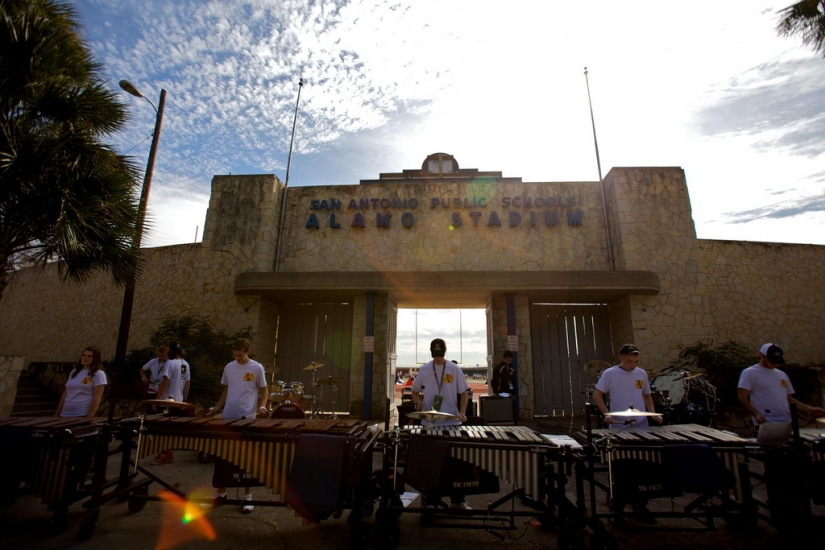