With about 50 people quietly munching on a surprisingly healthy breakfast, one of San Antonio’s representatives in Washington, D.C., said the onus for a healthier community was on the neighborhoods first.

U.S. Rep. Charles Gonzalez, the representative for Texas’ 20th district, gave a brief update on health issues in front of legislators and focused on increasing the health of the community by asking those in attendance to take more responsibility.

“On a grander scale, (San Antonio Metro Health) is a national leader in trying to get people to live healthier lifestyles, both by eating and exercise,” he said. “That works in combination with Healthy Kids, Healthy Communities, so you have a collaborative effort.

Last fall, NOWCastSA worked with Westside residents to tell their own stories about what makes for healthy communities. See their work here.

“None of this really works unless we have the food industry involved,” Gonzalez said. “They say politics is local. Well, making sure we promote healthy lifestyles starts local.”

Following the morning presentation at El Progreso Theater on the city’s Westside, Gonzalez walked next door to the Guadalupe St. Coffee shop, where he learned about the shop’s healthy foods, free access to computers and the Internet and about the coffee shop’s partnership with nearby Lanier High School and its culinary instruction program. Guadalupe St. Coffee also provided the morning's breakfast.

“They do it in a healthy manner and do it with what kids would have in their own homes,” he said. “This is a wonderful example of what can be done.”

You can see the entire Westside Healthy Kids Breakfast presentation below. Video produced by Antonio Rodriguez of NOWCastSA. 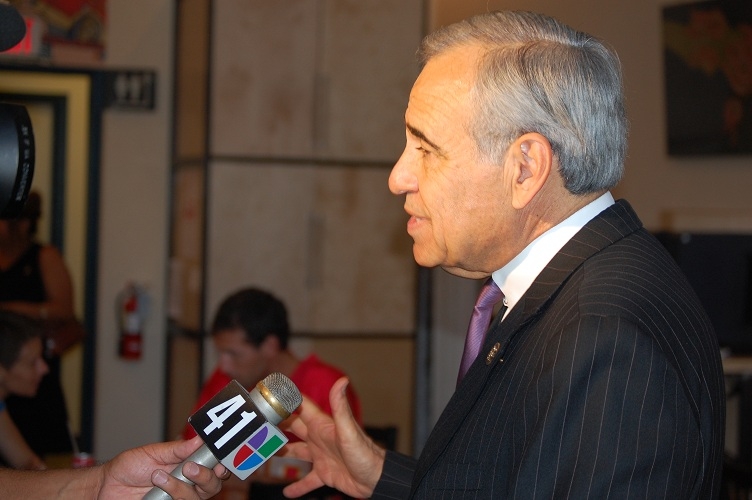