In 1951, a teenaged Brooks Air Force Base airman carved “Johnny Loves Vivian” into a wooden bench along the River Walk.

“We declared one river bench ‘our bench’ – it was more private than the others – where we spent hours sitting and talking, talking and kissing, and dreaming about the future,” Vivian Liberto wrote years later in her biography, “I Walked the Line.”

In her book, Vivian remembers what he told her. “This is our bench now,” Johnny said. “You have to promise to keep it up.” The Air Force sent young Johnny to Germany soon afterwards but he never forgot the bench – and neither did she.

He was born “J.R. Cash” in Kingsland, Arkansas, in 1932. But when he enlisted, the government insisted on a name, not initials. To the military, he was John; to Vivian, he was Johnny.

Vivian was born in 1934 to Thomas and Irene Robinson Liberto, whose extended Italian family in San Antonio is associated with Liberto Specialty and Ricos Products Co., Inc. Her Uncle Sam Liberto started the first Spanish-language radio station in San Antonio.

Vivian was just 17 when she met Johnny at a roller skating rink on St. Mary’s Street. Three weeks later, he was assigned to Landsberg, Germany, as a Morse Code operator. But instead of communicating with dots and dashes, the pair wrote hundreds of letters to each other.

View a small photo gallery of the bench below. 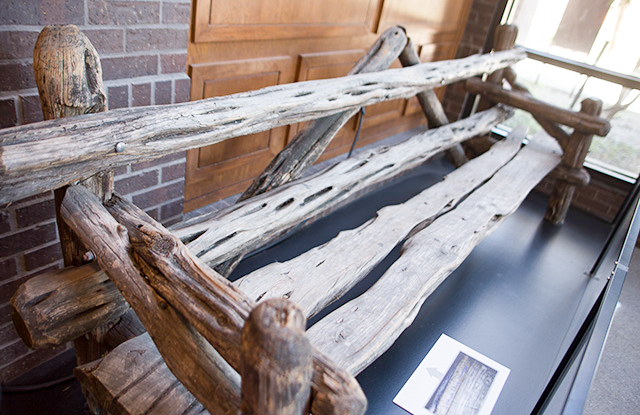 Johnny mentioned the bench in many of his letters. In a missive dated Sep. 4, 1951, he asked, “Are you still going to keep our bench with the names on it? I hope you do. I can just see the people of SA, walking around with ‘Johnny Loves Vivian’ on the seat of their pants, but I don’t care who knows it.”

There were thousands of pages of love letters by the time he returned to the States in 1954. They were married on August 7 that year at St. Ann Catholic Church in the Beacon Hill neighborhood. Her Uncle Vincent Liberto conducted the ceremony.

The young couple moved to Memphis soon afterwards. Johnny got a job selling appliances and went to school to be a radio announcer. Vivian kept busy keeping house and making maternity clothes. She gave birth to their first daughter, Rosanne, in 1955.

Johnny took his background in gospel music to Sun Records but Sam Phillips reportedly told him, “Go home and sin, then come back with a song I can sell.” Years later, Johnny denied Sam Phillips made that comment but he did claim he wrote his first hit, “Cry, Cry, Cry,” in 15 minutes.

And a star was born.

Record deals led to live performances. Rockabilly appearances and country concerts led to shows on the road. Vivian was worried all those wild women and the drinking in the late-night clubs might tempt her husband.

In her book, Vivian said Johnny told her not to worry – “I walk the line for you.” In 1956, around the time their second daughter (Kathy) was born, “I Walk the Line,” reached Number One on the Billboard Charts.

But the night-life did take its toll on Johnny. Bennies (slang for the sedative Benzodiazepines) and Black Mollies (an amphetamine capsule) were the drugs of choice for many rockabilly stars.

Despite the love of a good woman and the adoration of four daughters, there were temptations in the music business more dangerous than the alcohol, the drugs, or the constant touring. The final blow to Johnny and Vivian’s marriage was June Carter.

View a photo gallery of archived photos below. 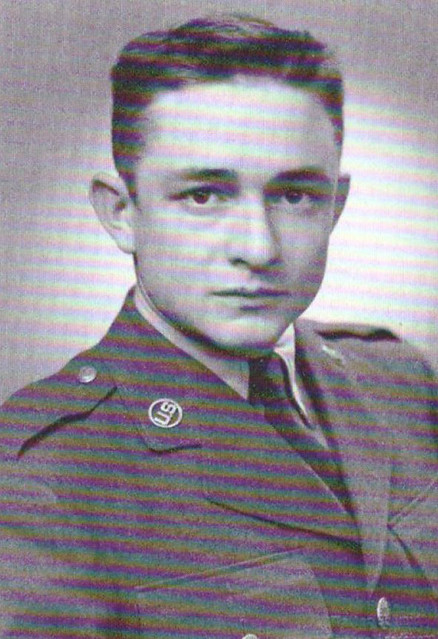 Vivian filed for divorce in 1966. Both remarried in 1968. Vivian wed Dick Distin, a police officer from Ventura, California. Two months later, Johnny married June Carter, a child star with the Carter Family (who met Johnny 13 years earlier at the Grand Ole Opry). Decades later, after the death of Carter in 2003, Vivian paid a visit to her first love.

“We sat and laughed about the old times,” she relates in her memoir. “We reminisced. We hugged and cried. We joked and teased each other. Looking back, that afternoon visit was a precious gift from God.”

The Houstonian said Vivian asked City officials to let her have it. She offered to have a replica made; the City said no. Rumors circulated that she begged the City to allow her to have just the cedar plank with the carvings, promising to return it in her will after she died.

Instead, the City removed the bench from the River Walk and put it in storage for nine years. Too late for Vivian – she died in 2005.

In 2013, the City gifted the bench to the Witte Museum. Besides its singular history as one of the artifacts of Johnny Cash’s connection to San Antonio, it is one of the original benches built during the River Walk’s construction.

In the 1930s, architect Robert H. H. Hugman not only designed the channel’s meandering sidewalks, one-of-a-kind stairways, arched bridges, and an amphitheater, he also designed the rustic cedar benches.

Feb. 26, 2017 would be Johnny Cash’s 85th birthday. Visit the River Walk and sit in one of the remaining benches there.

Or visit the Witte Museum. The lover’s bench is just inside the door of the B. Naylor Morton Research and Collections Center (across Tuleta Street from the main building).  Rest your eyes upon the paramour’s engraving and reflect on your favorite Johnny Cash song.

**Cover Image: The bench along the River Walk that Johnny Cash and Vivian Liberto frequented during their romance. Photo by B. Kay Richter. 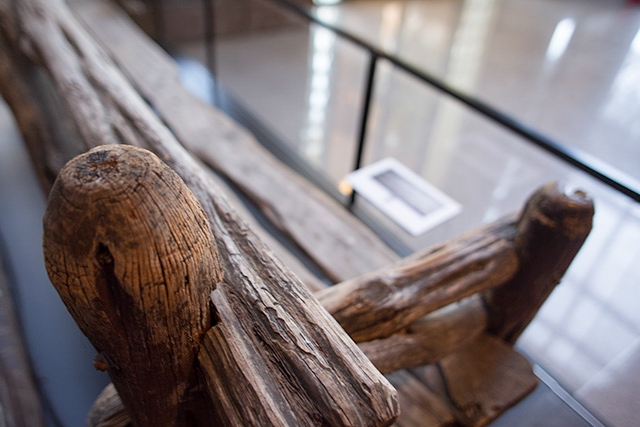