Larry Miller, MD to receive Innovation in Healthcare and the Biosciences Award

BioMed SA, the non-profit corporation focused on growing and promoting San Antonio’s thriving healthcare and bioscience sector, will award its seventh annual Julio Palmaz Award for Innovation in Healthcare and the Biosciences to pioneering inventor, physician, and entrepreneur Larry Miller, MD, founder & chief medical officer of Vidacare Corporation.  The award, named after Palmaz® Stent inventor Julio Palmaz, MD, honors individuals who have made significant contributions to advance the healthcare and bioscience fields.  Dr. Miller will accept the award at BioMed SA’s annual Palmaz Award dinner in San Antonio on Thursday, Sept. 20 at The Vistas at Valero.

“Dr. Miller’s contribution to medicine through the use of intraosseous vascular access makes him a standout choice for this year’s award,” said Steven A. Davis, MD, the 2012 Palmaz Committee Chair.  “His development of the EZ-IO® Intraosseous Infusion System revolutionized the way first responders and clinicians perform necessary medical procedures and has been recognized globally for its impact on medicine and technology.”

Continuing, Dr. Davis said, “In addition to Dr. Miller’s long and distinguished record as a physician, inventor, and entrepreneur, we were impressed by his philanthropic efforts to save lives during Haiti’s deadly cholera outbreak two years ago by personally delivering medical equipment and training medical personnel to use intraosseous access.”

“Dr. Miller exemplifies the kind of innovation, drive, and heart that’s needed to develop groundbreaking solutions for unmet medical needs,” said Ann Stevens, president of BioMed SA. “This is exactly what the Palmaz Award was developed to recognize and celebrate.”

Dr. Miller said, “As an emergency physician for 30 years, I spent the first part of my career saving lives one at a time. I’m so proud that the technology we developed saves numerous lives every single day.” He continued, “For me, it's been an amazing journey, far greater than I ever imagined. I am deeply humbled and immensely grateful to be recognized by BioMed SA with the 2012 Julio Palmaz Award for Innovation in Healthcare and the Biosciences and to be a member of such a prestigious and respected group of individuals. My passion is saving lives, and I have been blessed to work with a team of people at Vidacare that share that passion.”

Prior to Vidacare, Dr. Miller served as co-founder, CEO, and chairman of LifeQuest Medical Inc., where he acquired worldwide rights to the Osteoport, an intraosseous vascular access port for treating cancer and AIDS.  He also acquired the First Med System, an intraosseous auto-injector for administering drugs in emergencies.

Dr. Miller is widely recognized as an expert and opinion leader on using the intraosseous (IO) space to save lives, with over 20 published articles and nearly 50 presentations to industry leaders on the subject matter.  He also has received numerous personal honors for his contribution to the fields of entrepreneurship, technology and medicine.  Finally, his dedication to helping people extends to a multitude of philanthropic efforts to disseminate IO technology to third world areas in need.

Background on the EZ-IO® Intraosseous Infusion System
In 2000, Dr. Miller, an emergency room physician for over 30 years, envisioned a device that could access the IO space safely and quickly.  Vidacare Corporation, which was founded by Dr. Miller, has since developed his vision into a robust intraosseous technology platform.  Vidacare’s products have utility in not only emergent and non-emergent critical care, but also in hematology/oncology diagnosis and spine access procedures.

Vidacare’s premier product, the EZ-IO® Intraosseous Infusion System, provides immediate vascular access for the delivery of essential medications and fluids and can access the IO space in ten seconds, making it an essential tool in emergency medicine.

The IO space, or the space inside the bone, is the body’s largest non-collapsible vein, and it is an essential part of treating patients who need immediate vascular access when traditional IV access is difficult or impossible.  Historically, access to the IO space was limited to children, using a large needle with a round or T-shaped handle that was manually forced into the patient’s bone in a strenuous and painful procedure that was nearly impossible in adults, whose bones are too hard.

Thanks to the way Dr. Miller’s technology has simplified IO vascular access for emergent and non-emergent patients, IO is now recommended as first line alternative to peripheral IVs by the American College of Emergency Physicians and American Heart Association, and its use has been endorsed as a recommended practice standard by more than ten thought-leading international industry associations representing emergency physicians, emergency nurses, and critical care nurses.

Dr. Miller’s EZ-IO technology is recognized as the global gold standard for IO access, used by 90 percent of US advanced life support ambulances and over half of US emergency departments, as well as the US military.  Dr. Miller’s innovative technology platform has been recognized for its impact on medicine and technology by prestigious organizations including the World Technology Network, The Wall Street Journal, and numerous other industry organizations.

Reservation deadline for the Palmaz Award dinner is Thursday, September 13.  Call 229-2118 to make reservations or email Donna Miller at dmiller@biomedsa.org.

ABOUT BIOMED SA
BioMed SA is a non-profit, membership-based organization, supported in part by the City of San Antonio.  Its mission is to accelerate growth of San Antonio’s biomedical sector, create regional economic benefit and contribute to the health of San Antonio and beyond by establishing San Antonio as a leader in healthcare and bioscience.  The city’s healthcare and bioscience industry has added approximately 33,000 net new jobs over the past decade, significantly fueling San Antonio’s growth and employing one out of every six members of the city’s workforce.   As America’s seventh largest city, San Antonio is a community that embraces science and medicine.  Its vibrant health care and bioscience industry, a dominant force in the city’s economy with an annual economic impact of $24.5 billion, combines unique assets and a diversity of resources with a collaborative spirit that is making a global impact on science and health.  For more information, visit www.biomedsa.org. 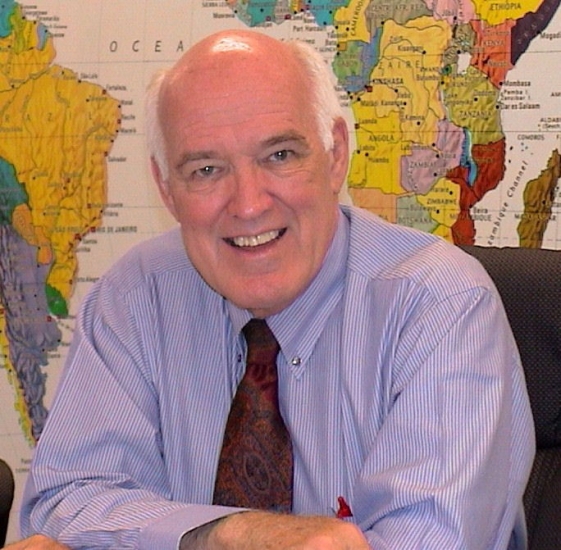